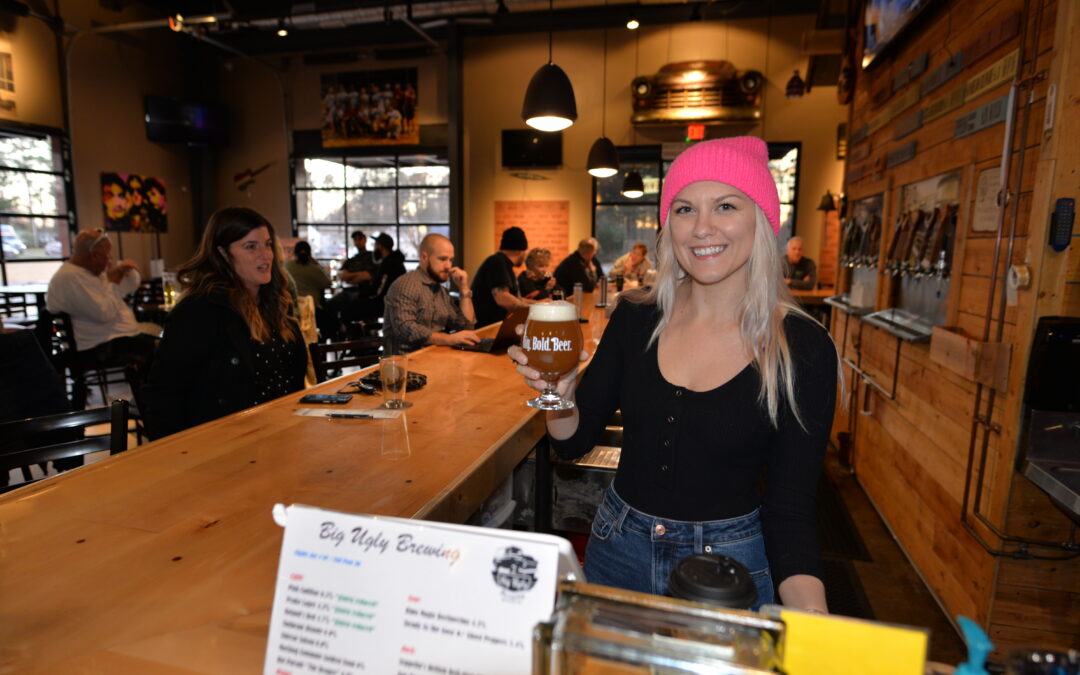 Big Ugly Brewing Company celebrated its 5th anniversary in early February. When the micro-brewery opened in a little shopping center in 2015 it was the first brewery ever to operate in Chesapeake.

Founders Jim Lantry and Shawn Childers have since moved the brewery up the road on Battlefield Blvd to a larger, freestanding location featuring a spacious tasting room with ample seating, parking, outdoor patio, and a traditional bar.

The brewing dudes have some terrific family support from their wives Aaron Childers and Michele Lantry on the business and distribution side. Evan Lantry is the brewmaster.  Emilia Landry tends the bar.

In its five years, Big Ugly has racked-up some hardware in the form of awards presented by the Virginia Craft Brewers Guild and in Veer Magazine’s Golden Tap Awards. Some of their most popular beers include Ghost Rider, Paul’s Favorite, Sunbeam Blonde, Rockers IPA, Hot Pursuit, Accelerator Doppelbock, POG Gose, and Imperial Leaf Peepers.

Reflecting on the anniversary, Evan Landry said, “We always had a five year plan to grow slowly and own our backyard. We’ve got a really supportive neighborhood crowd that comes in multiple times a week.”

The location of the brewery was very important from the start, according to Michele Lantry: “We were determined to be in Chesapeake despite the hurdles we had to climb over to open. We all live in Chesapeake and raised our children here. It’s our community.”

On the new location, Aaron Childers said, “We looked at several properties but when we saw this we knew it was our home being right in Great Bridge.”

The brewery is right off the Hanbury Road exit on the highway connecting Hampton Roads to North Carolina, and ultimately the Outer Banks. Big Ugly has benefited from this heavily used corridor by vacationers.

“A lot of people in Hampton Roads don’t really know Chesapeake,” said Aaron. “We’re sort of off the beaten path. So the fact that we’re right off the highway it helps with local people and beach traffic. We get a lot of travelers stopping in on their way to the Outer Banks. We even have travelers who now make Big Ugly part of their trip.”

Some might think of Chesapeake as a standard, mass produced beer drinking community. That has changed, in part, due to Big Ugly’s presence in the community.

“People are starting to be more open to different types of beer,” said Evan. “I’ve got people who when they first started coming here would only drink the blonde. Now they’re drinking IPAs, stouts and porters.”

Aaron Childers has expanded the operation, branching out as a separate but complimentary company called Pretty Ugly Distribution. She not only distributes the beers of Big Ugly, but also small batch craft brew from around the state like Caiseal, Benchtop, Trapezium, Bull Island, Rip Rap, and MoMAC.

In the next five years, Aaron said Big Ugly will expand its portfolio of packaged (canned) beers, barrel-aging, and overall distribution as their brewing capacity increases.

“Right now our beers are found all the way up to Richmond and on the Outer Banks,” she said. 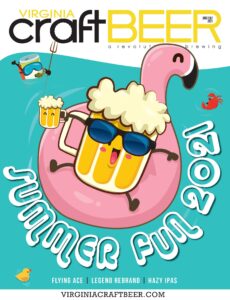