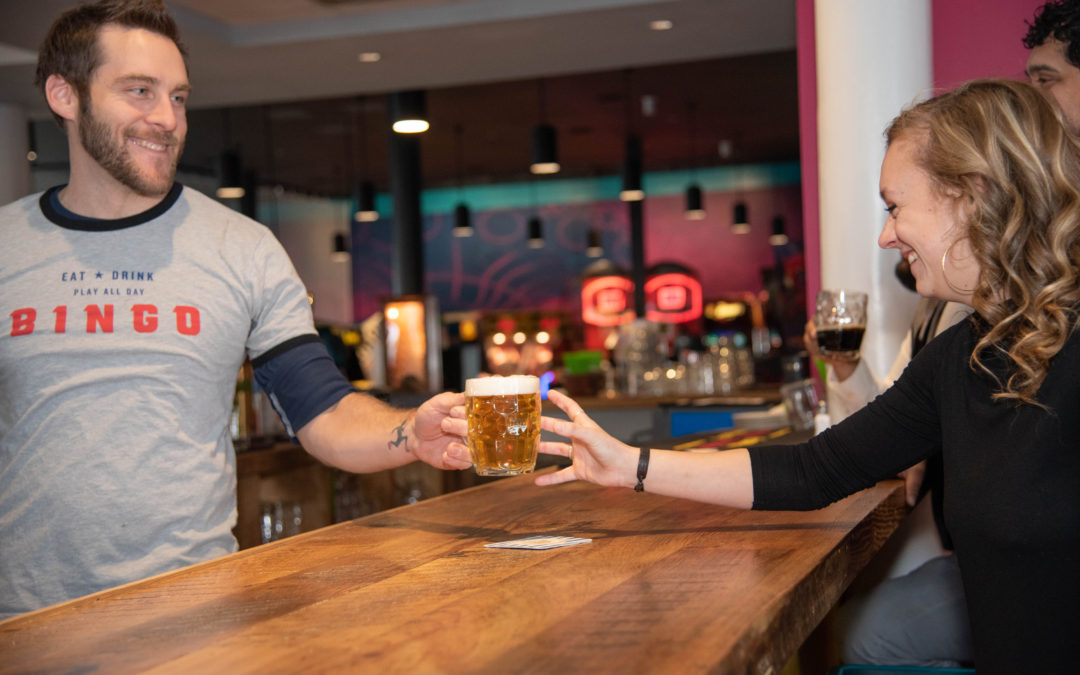 What happens when you mix food from experienced restaurateurs, beer from an experienced brewer, cocktails from creative mixologists and classic arcade games?

The concept springs from four seasoned Richmond food-and-beverage hospitality industry professionals: restaurateurs Jason Alley, Michele Jones and Jay Bayer (who also received training from Siebel Institute) and Ted Ukrop. The partners have created a venue that appeals to a diversity of customers through multiple avenues for an oh-so-enjoyable experience.

“The typical brewery experience is an enjoyable one, but the entertainment pieces and dining pieces are sometimes kind of disjointed or not part of the original vision and not always dependable,” says Bayer of their concept. “Our thoughts were, how do we create this brewery experience that with intentionality brings all those things together to create a more complete space?”

Beer takes main stage here, brewed by lager-loving head brewer Ken Rayher, previously at Hardywood Park and Champion, and brewer Sean O’Hern, from The Answer, on a 15-barrel 3-vessel semi-automated system. “Having some automation processes allows us to get more done with just two people back here brewing,” says Rayher.

The brewery’s flagship is an easy-drinking German-style lager, clean and balanced, appropriate for new craft beer drinkers and knowledgeable nerds, too. Bingo Lager uses classic southern German lager yeast and all German malts and hops, with Mandarina Bavaria hops and late-addition hopping for a modern twist.

“Our biggest challenge in scheduling is balancing meeting that core mission with trying to maintain a good variety,” says Rayher.

That good variety includes an ever-changing diversity of lagers and ales, such as a black lager and a saison, a Bière de Garde, goses and IPAs. In the works, says Rayher, are a fall Oktoberfest, a Czech pilsner, a strong barrel-aged stout and a mixed-fermentation saison.

Also in the works are a variety of “globe lagers,” new lagers inspired by ingredients and techniques from around the world: an Alsatian lager with French Aramis hops, a Mexican amber lager and a southeast Asian rice lager.

To-go beers are also available at the brewpub.

Specialty Beverage distributes Bingo beer around Central Virginia. “Our ambition is to have Bingo Lager far and wide,” says Bayer, from the flagship lager and Free Space IPA to some of the limited beers. 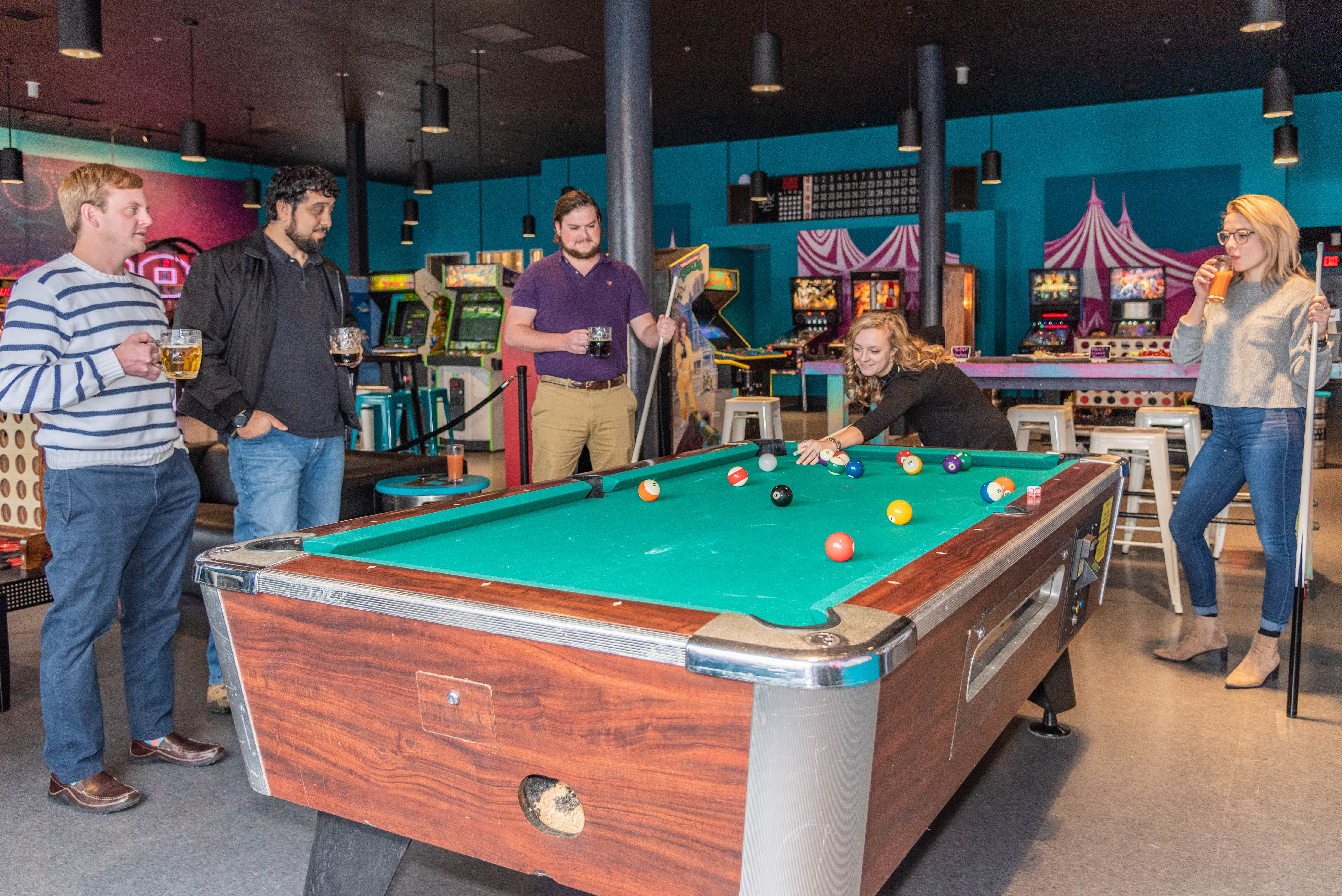 (Games are part of the fun at Bingo in Richmond. Photo by Lucy Henry)

ACCOMMODATING A DIVERSITY OF DRINKERS

The creative cocktail list demonstrates the advantage of being a brewery with a liquor license – and of having staff well-versed in both beer and liquor.

“We try to find a bunch of opportunities for crossover, for creativity, to show the versatility of beer,” says Bayer. “We made our Fassionola gose … knowing that we wanted it to land as a rummy [beer] cocktail. We wanted the Sangrita gose to land as a tequila beer cocktail.” The Extra Life cocktail uses bourbon and Bingo Lager syrup, and the tequila-based End of Days is topped with Free Space IPA.

SOAK IT ALL UP AND IN

The Bingo menu starts with bar food and kicks it up a notch, like jalepeño peppers stuffed with pico de gallo and vegan cheese, and chicken or pork wings (apparently, pigs do fly), served grilled or crispy and tossed with choice of four distinctive sauces.

Mains include burgers, a rib sandwich using a pork patty, a vegan tempeh grinder, and hot dogs (choose from a ¼-pound all-beef or vegan dog, with delightful unexpected toppings optional). You can also look for seasonal specials, like the roast-beet hero (yes, “beet,” that’s not a typo).

Since the space once housed a bingo hall – hence the name – the arcade surely feels at home. And so do customers, who can move seamlessly between dining area and games, to the bar and patio. Plenty of games encourage interaction: skeeball, table tennis, pool and air hockey. Others are solo or partner-optional: pinball, Simpsons, Donkey Kong, Teenage Mutant Ninja Turtles and many more.

The brewpub’s location allows convenient access to other Scott’s Addition food, drink and entertainment options as well as to the GRTC Pulse bus, which provides frequent rides to and from downtown dining and lodging options.