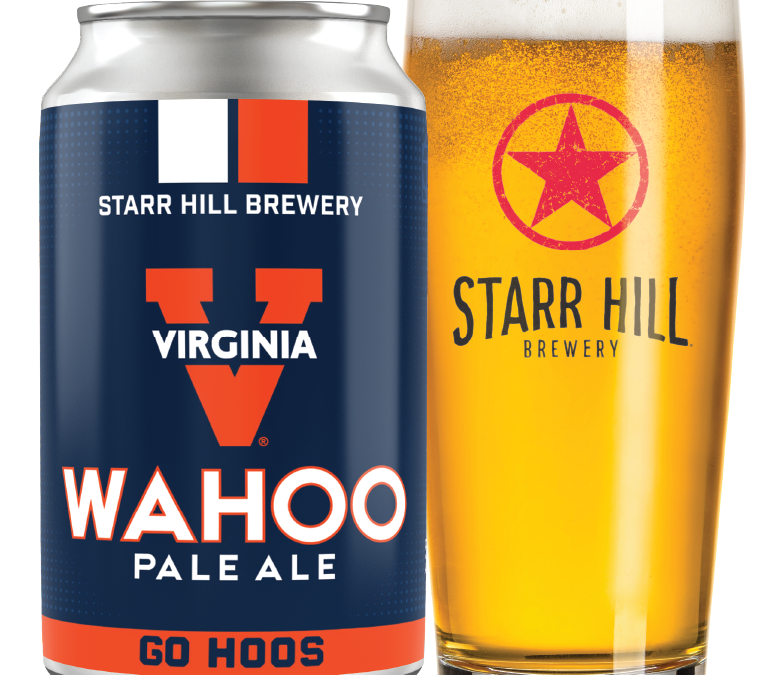 “Our team couldn’t be more excited to be a part of this new partnership with UVA,” said Josh Cromwell, Starr Hill’s Vice President. “Given Starr Hill’s deeply-rooted connection to the University of Virginia, we are thrilled at the chance to create a beer that will celebrate the culture and history of our town.”

The juicy pale ale will be available year-round in 12-oz cans packaged as 6-packs and 12-packs. Draft and 16-oz cans will also be distributed throughout the Commonwealth and Starr Hill’s six locations. Football fans can even get it at Scott Stadium on game day. In fact, all athletic venues were beer is sold will feature it.

So who chose pale ale for the style?

“UVA requested the style, as they preferred a pale ale or similar style for our partnership, knowing Starr Hill’s strength and commercial reach,” said Cromwell. “It fits nicely into our portfolio as we’ve had a temporary gap in our sessionable, lower-ABV styles in the last 12 months. The timing was perfect, as we were already product planning for something in those style categories.”