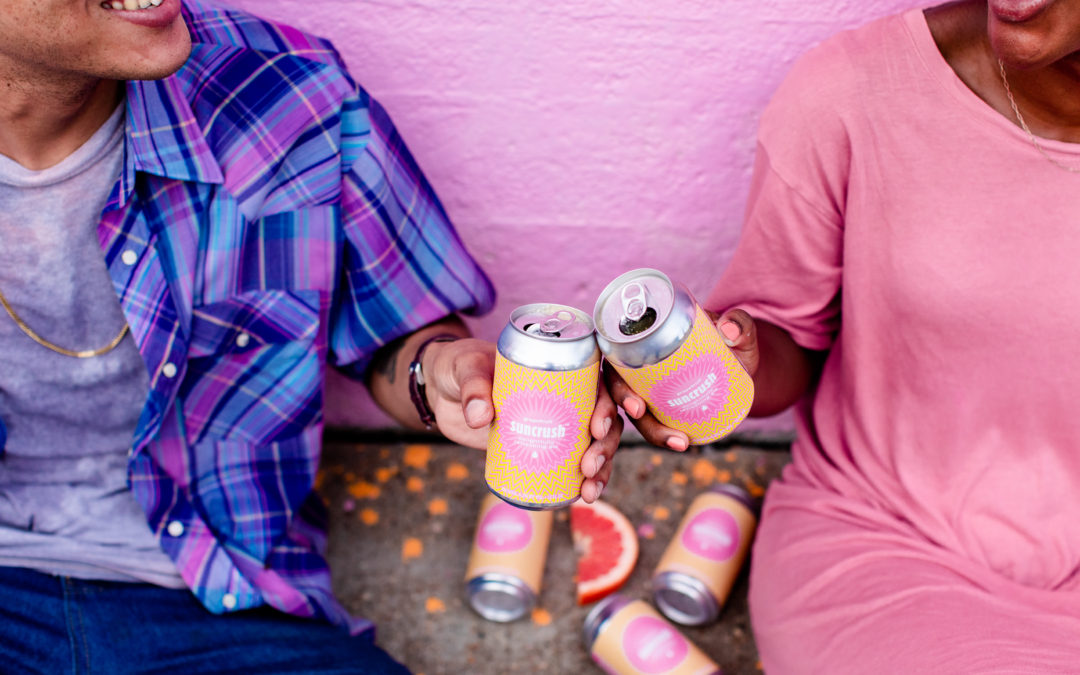 To be clear this is beer — dubbed a sparking ale — that’s cold-conditioned, gluten-reduced, all-natural, and very low ABV at just 4%.

“We use the same pilsner malt that we use for Pils, Richmond Lager and Singel,” said Eric McKay. “The idea was to have something that’s very low in bitterness, that’s really approachable, and that makes a blank slate for different fruit additions.”

In addition to the fruit and added natural flavors, Matcha green tea is included as part of the main ingredients.

McKay said the Suncrush product is different from radler and shandy-style beers that are made as a mix of fruit soda and beer.

Suncrush is an independent brand from Hardywood and features bright, fun colors and imagery for its branding. The target audience is anyone who enjoys an active lifestyle and the outdoors, whether on the golf course, poolside, canoeing or mountain biking.

McKay said the brand has the ability to reach wine and spirits drinkers as well as those who enjoy the trendy alcoholic water.

“We also see categories like hard sparkling seltzer, which is just water, Ethel alcohol and flavor, being an explosively growing category,” he said. “We designed this beer to try to fit into that section of each (retail) store.  So far it’s been the first beer entrant into that category.”

By strategically marketing the new product under Suncrush, McKay believes retailers will not confuse it for a tradition beer in the Hardywood portfolio.

Back when McKay and Murtaugh dreamed of owning a brewery as they stirred the kettle on their shared homebrew operation, they vowed to never make a fruit beer.

Re-Release of “May The Schwarz Be With You” Schwarzbier

Save-the-Date for Whistle Belly (August 1) with a kick-off party featuring our sponsor the William & Mary Mason School of Business, a collaboration beer with The Virginia Beer Co., and a special commemorative glass. Plus, $1 from the sale of each glass will go to the Junior Women’s Club Scholarship Fund.

Grab a brew and talk about books at this book club hosted by the Martinsville Library. Join us to discuss “The Soul of an Octopus” by Sy Montgomery.