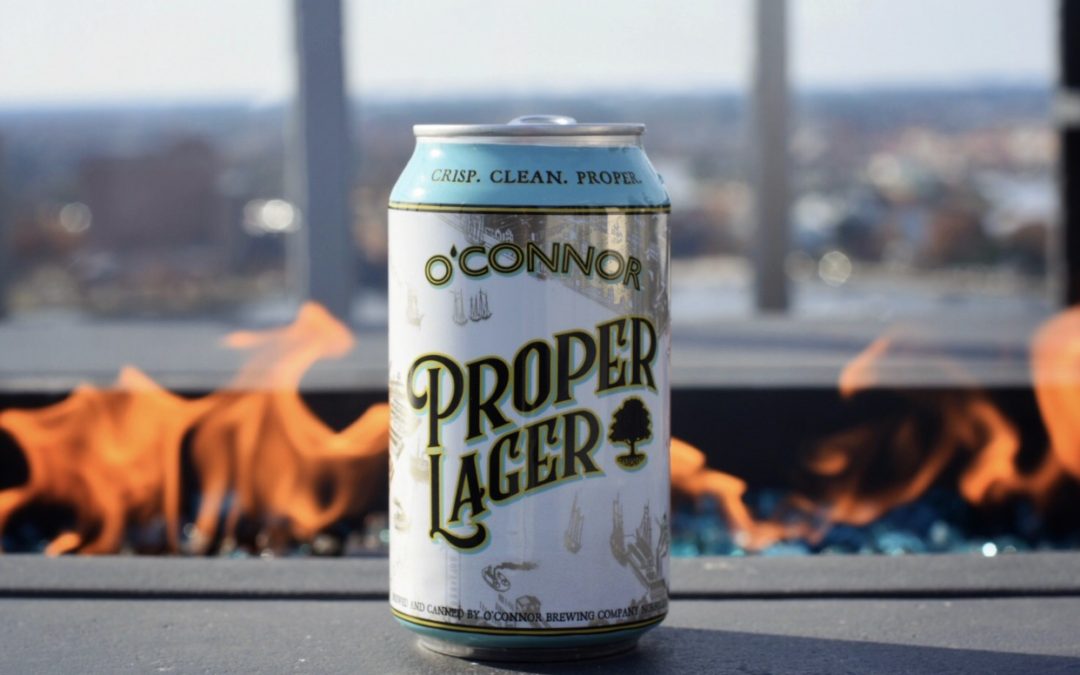 I believe we got it right in the last issue of this magazine in reviewing O’Connor Brewing Company’s Proper Lager with the bold proclamation that it is perhaps the best of its style in America.

Seems the folks at Paste Magazine nearly agreed when they ranked it #4 in the nation for craft beer lagers.

We still stand by our highly opinionated #1 ranking of the beer.

Proper Lager was two years in the making as brewers tweaked five variations and ultimately lowered the bitterness to perfection — an amazing 17 IBUs.

Kevin O’Connor, the brewery’s founding president, said the rollout for Proper Lager was probably the company’s most ambitious promotional effort for a new brand. It seems to be paying dividends.

It’s fantastically crisp, clean and delicious — everything you’d want in a proper lager.

At the end of a long, hard, hot workday when you just thirst for a damn cold-one, this is it.

That said, Proper Lager wasn’t the only Virginia-brewed lager to get noticed in the Paste tasting poll. Triple Crossing’s Fault Line Lager was ranked #3.

The Paste panel ranked only the top 30 lagers. Others within the top 102 lagers from Virginia were Final Gravity’s Lakeside Lager, Old Glory from Coelacanth, Hardywood Park’s Richmond Lager, and Stone Brewing’s Tropic of Thunder.

Re-Release of “May The Schwarz Be With You” Schwarzbier

Save-the-Date for Whistle Belly (August 1) with a kick-off party featuring our sponsor the William & Mary Mason School of Business, a collaboration beer with The Virginia Beer Co., and a special commemorative glass. Plus, $1 from the sale of each glass will go to the Junior Women’s Club Scholarship Fund.

Grab a brew and talk about books at this book club hosted by the Martinsville Library. Join us to discuss “The Soul of an Octopus” by Sy Montgomery.