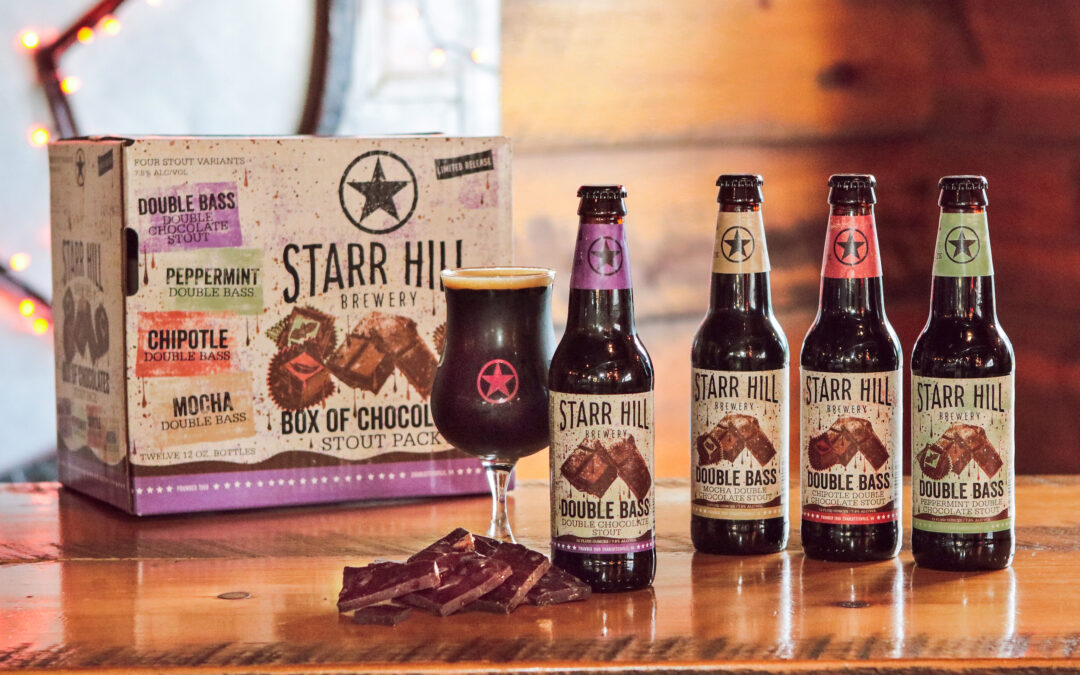 At a time when millions of Americans are joining the Sober Curious movement or atoning for their sins with a Dry January, high-octane, super-caloric dessert stouts are proliferating.

In December, Hardywood followed up with Coffee Cake Reserve Stout, a collaboration with Pennsylvania’s 2SP Brewing Co. for the Wawa chain of convenience stores. Packaged in 16-ounce cans, the brew combined one of Wawa’s proprietary coffee blends with lactose, vanilla beans, cinnamon and toasted coconut.

“I really like the toasted coconut – it gives it a pie-crusty mouthfeel,” commented Brian Nelson, Hardywood’s VP of production and head brewer.

These confectionary stouts tend to peak during the Christmas holidays, but they don’t disappear after the colored lights have been boxed and the tree placed on the trash heap. As of mid-January, Hardywood was preparing to debut a special bourbon barrel-aged edition of its Raspberry Stout aged on vanilla beans and packaged in 750-ml cork-and-cage bottles.

They don’t evaporate during the hot weather either. Mark Osborne, founder of Adroit Theory Brewing Co. in Purcellville, recalls that last July 4, with the mercury flirting with one hundred, the best-selling beer in his tasting room was a Thai coffee imperial stout sweetened with coconut and cinnamon.

You’ll often hear the phrase “pastry stout” used as a synonym for these beers. Some purists might reserve that term for beers modeled after baked desserts, like Coconut Macaroon Stout from Back Bay Brewing Co. in Virginia Beach, or Tiramisu Stout from Steam Bell Beer Works in Midlothian. “There’s no hard-and-fast definition,” counters Mitch Steele, brewmaster and COO of New Realm Brewing Co. with branches in Atlanta, GA and Virginia Beach, VA. “You make an imperial milk stout of 8% or whatever. Then you add food flavorings like cocoa, pie filling, doughnuts or cinnamon. That’s a must.”

Adroit Theory’s taproom was offering five pastry stouts as of mid-January, made with adjuncts like honey, hazelnuts, almonds and Tahitian vanilla. Although the brewery packages its IPAs in bottles and cans, the stouts are draft only. “They have so much sugar that they’re completely unstable,” explains Osborne. “They’re designed to be drunk within 48 hours of kegging.”

Who is downing these stouts? “It’s definitely a younger crowd that’s drinking them,” observes Steele. “I don’t see a lot of older, more mature drinkers.”

Maybe that’s because his younger, more active customers don’t have to watch their waistlines.

Among Adroit Theory’s recent offerings was a special eggnog-flavored edition of its Dia De Los Muertos Imperial Stout (13.7% abv), brewed with spices, peppermint and ground-up Oreo cookies. Although he hasn’t sent it out for laboratory analysis, Osborne calculates that the beer (“it’s thick like a milkshake”) contains an astounding 1,080 calories per 16-ounce glass.

“They’re like a decadent dessert, shockingly easy going down,” says Osborne of his sweet stouts. “People order a four-ounce taster, then they order a pint glass, then they take home a growler, then they can’t fit into their pants, but that’s another matter.”

“We’ve done some analyses on them and the results are shocking,” said Nelson. “These are beers for sharing,” he adds.