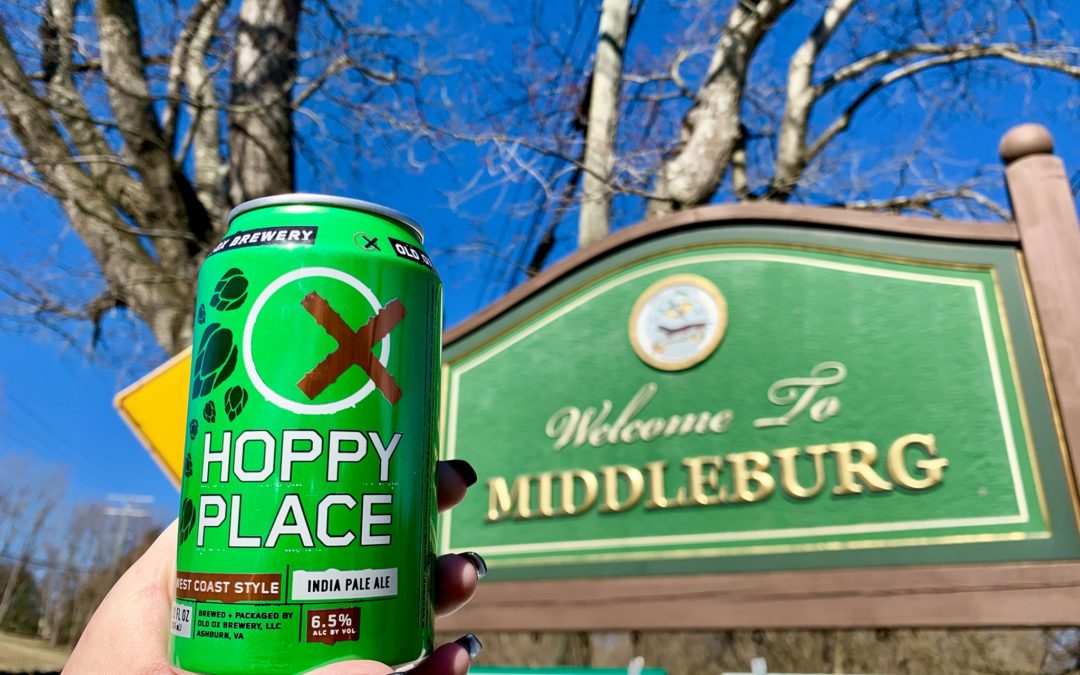 (Old Ox Brewery is a welcomed addition to Middleburg. Photo courtesy of the brewery)

It was hard to tell who was more anxious about the bus tour to the new Middleburg brewery: the passengers getting off the bus — which included the non-secretive members of the Order of the Ox, or the host, Old Ox President Chris Burns, who held court in the sub-terrestrial pub.

“We’re excited to use Middleburg as our lab, tasting room and to show our brewer’s creativity,” said Burns, an affable guy with a great sense of humor. A former federal contract manager, Burns and company opened Old Ox in Ashburn five years ago during the great Loudoun County Beer Rush that grew from two breweries in 2012 to more than 30 today.

This is a game changer for the town of Middleburg, population less than 1,000, which bills itself as “The Nation’s Horse and Hunt Capital.”  Established in 1787 at the halfway point between Alexandria and Winchester, the town of Middleburg is home to high-end horses, trust funders, blue bloods, polo players, fox hunts, wineries and shops that sell, among other sundries, postcards of Jackie Kennedy riding her horse English style along with her two young children in the early 1960s.

While there are plenty of dressy clothing and home decor stores, Middleburg does not contain a lot of places to pop in for a beer. That’s left some craft beer fans in the area seeing red, due to their limited options. Other than King Street Oyster Bar and the very ritzy Salamander Resort and Spa, the town offers the Red Fox Inn and Tavern, established in 1728, a regal restaurant with a small bar; the Red Horse Tavern with fast and late night food, a patio and full bar; and also the Red Bar Sushi, which serves saki and beer with a full bar.

The new Old Ox brew house is located in a separate building behind the tap room. It once served as a preschool and still has the hieroglyphics of finger paint and chalk from students who now are old enough to drink. Beer from the five-barrel system is pushed through a large pipe that runs across an alley and along the fence line back into the tap room.

“The five-barrel system is the closest to keep everything rotating and fresh,” said Burns. “We found that when you get smaller than five barrels, it  doesn’t replicate well with the 30-barrel system in Ashburn.”

Burns has made plenty of new friends in Middleburg. During construction it seemed as one curious beer lover after another would stop by and ask about the opening. “A lot of locals are really supportive,” Burns said. “When you open a business your concerns are about public perception and everybody has been so supportive.”

That includes endorsements from some unlikely places.“Middleburg is a little bit of both the super high-end locals and the people like us, who work the farm,” said Melanie Natoli, the winemaker and vineyard manager at Cana Vineyards & Winery of Middleburg. She heartily welcomes the brewery to town. “If you look at the Loudoun County map, this whole south-east corner has had no beer breweries. I’ve been making wine in a beer desert.” 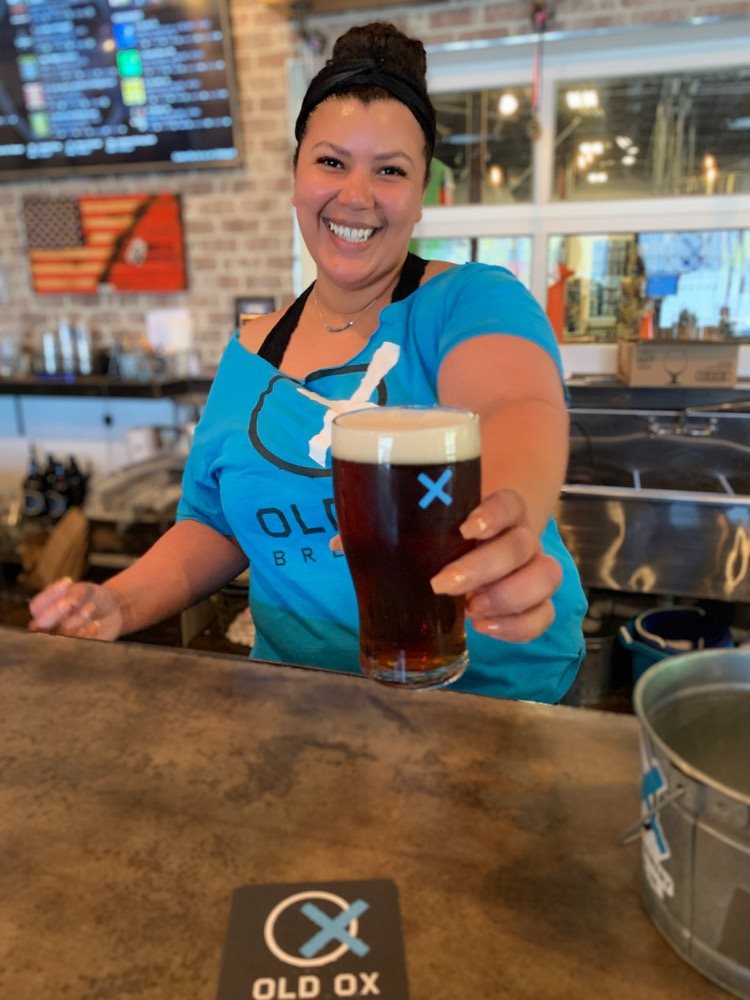 (Customer service is the priority at Old Ox Brewery in Middleburg. Photo courtesy of the brewery)

The brewery is located on Madison Street in the heart of town, just off Main Street (AKA John Mosby Highway or US 50).  Across the street is the bustling King Street Oyster Bar restaurant which already carries Old Ox on tap. Burns calls Oyster Bar co-owner Rick Allison “a great resource” who has helped him with insights on the opening of his new location.

Working with the Town of Middleburg on the planning and construction permits was a pleasant surprise, Burns admitted. “You have to follow the process and they helped me navigate it and were helpful to get it off the ground. The Middleburg town streetscape committee was great to work with. It’s a historic town and they want to keep the look and feel. It’s a charming town.”

It also is very different from the Ashburn flagship brewery, Burns said. “Ashburn is more industrial and the main focus was cranking out beer. It’s in a warehouse built in 1985. We think more about the customer services in Middleburg. It’s nice to express the look and feel that we want and  to reflect the community.”

The original Old Ox in Ashburn faced a very different environment. After 10 months in operation, the company was accused of trademark infringement from the heavyweight energy drink company Red Bull. Old Ox was told to to never use the color red, silver or blue; never use red with any bovine term or image; and never produce soft drinks. Despite the obvious differences between bulls and oxen (castration), the issue was resolved and Old Ox lives on. “We came to an amicable agreement,” Burns said with a grin, in reference to his beef with Red Bull. “It’s behind us.”

Burns said he has spent a lot of time at local businesses in Middleburg getting a feel for what will work for his menu, which was still being solidified. “Hanging out and getting to know the town, there’s a real robust lunch and happy hour and dinner,” he said. “We think to capitalize on that, it’s important to have food with other options.”

Burns will continue to tweak the new brewery for events and acoustic music for the beer garden, which can seat 80 people. “We’re seeing how we can best amplify the vibe in the community. We need to reflect the community and its needs.” The brewery already has completed the landscaping, a walk up window in the beer garden, a pet-friendly environment inside and out, and its access for wheelchairs.

The hardcore Ashburn patrons who took the bus tour definitely are sold on Middleburg. “We get consistent regulars because our growler fills are cheaper and the beer prices are better,” said Ashburn veteran Ward Seymour.

One local, who asked to be identified only as Dave, said the new Ox will be his regular stop. “It’s great. There hasn’t been anything like this in Middleburg. The town took a hit with the road widening a few years ago. This will help bring people in. We like taking our dogs to Salamander and we will stop here for a beer.”

Old Ox is now neighbor to a Pilates studio and doctors office. Although it once housed the Middleburg PD, Burns said he hasn’t had any strange encounters at the new Old Ox. “We haven’t experienced any ghosts … yet.”