NEWS: Rebranding in the Cards for Legend 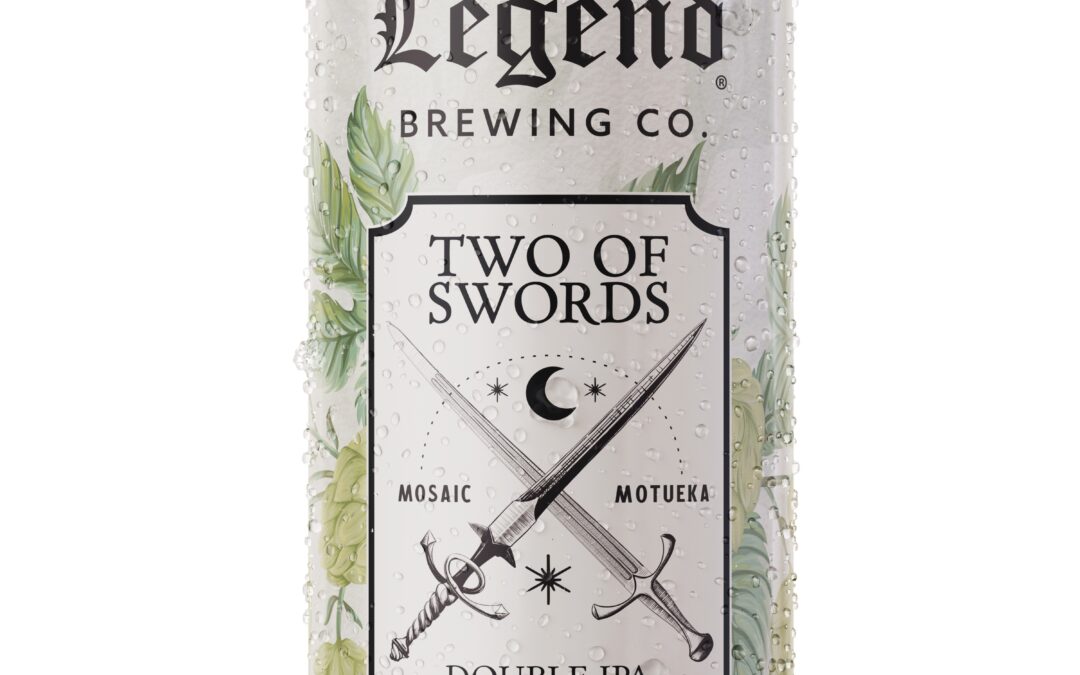 Emerging from the hazy fog of a 21st century plague, a young RVA craft beer drinker seeks advice from a mystical seer.

Beer Drinker: Tell me ol’ wise one of the past, present and future, what do you see in the cards ahead for Legend Brewing Company?

Ol’ Wise One: I am turning the first card over now to reveal this fortune, and it is a Two of Swords.

Beer Drinker: I have heard in tarot card readings the Two of Swords in an upright position generally means stalemate, a truce, or being at a crossroads.

Ol’ Wise One: Perhaps, the brewers at Legend couldn’t agree on a singular hop so they chose two — Mosaic and Motueka. I’m envisioning a silver can with a white label. A pair of Medieval swords crossed with a crescent moon and black stars. Floral green hop cones and leaves hang in the background.

Beer Drinker: What does this all mean?

Ol’ Wise One: A wonderfully flavorful Double IPA. I suggest you ingest two as soon as possible, and then you should go out into the virgin land known as Virginia and bestow this knowledge to those who thirst for great beer.

The beer revealed is in fact to be released in the future — July 12 — and Richmond-based Legend Brewing Company is calling it Two of Swords Double IPA. It’ll be available on draft and in 16-oz cans. It’s ABV is 8.3%.

Legend enlisted the creative help of Zest Lab to develop a new side series to help the longtime — established by Tom Martin in 1994 — brewery remain relevant in today’s ever-changing craft beer landscape.

“There’s a ton of stuff brewing at Legend,” said Geoff Stone of Zest Lab. “Legend may be the grandfather of Virginia craft beer, but it’s their experience that enables them to change, adapt, and face the challenges of our competitive post-COVID world.”

Dave Gott, Vice President of Legend Brewing Company, said the Two of Swords DIPA is derived, in part, from a DIPA series designed for the brewery’s 25th anniversary.

“The concept is how do we lump “two” in to a double IPA series,” Gott said. “We came up with a tarot card — the Two of Swords. The swords kind of tie in to who we are; that historical European model. And all of our double IPAs use two hops.”

According to Gott, the combination of Motueka and Mosaic hops used in past limited batch DIPAs received the best praise from customers. This was an obvious choice for Two of Swords.

Legend Brewing plans to build on the tarot card series. Perhaps a Nine of Cups brew could be of interest at some point for Legend as it generally means having your wish fulfilled and feeling satisfied. For folklorish fans of Jethro Tull, maybe Cup of Crimson Wonder, a chalice of red fluid (representing blood) which gives life to others — yes, a Red DIPA.

In addition to the DIPA series, Legend is doubling down on its original Olde English lettering style logo to remind fans of the brand’s core.

“We retain our history and the integrity of the brand over the last 27 years, but the new brand refresh still looks kinda new and pops out of the (retail) shelves,” said Gott. “We are keeping the color-coding palette we’ve always used.”