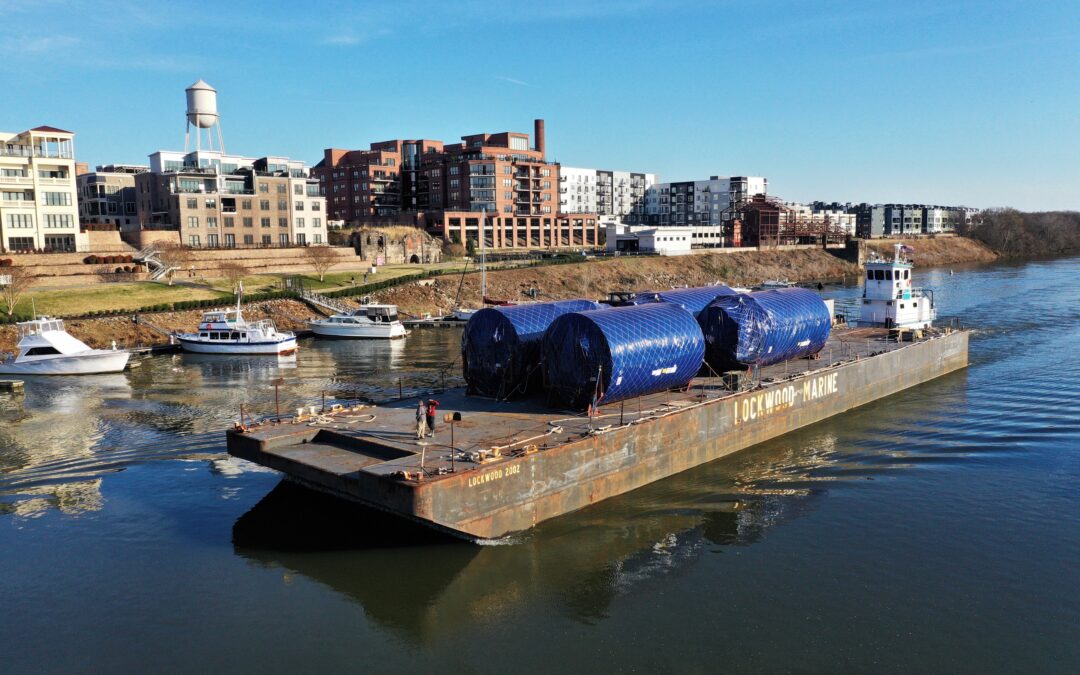 (A barge was used to transport Stone Brewing’s new fermenting tanks up the James River. Photo courtesy of Stone.)

How big are Stone Brewing’s new fermenting vessels? Large enough that they had to be put on a barge and then sent up the James River to Richmond.

Stone RVA received four 1,000-barrel tanks in early March that will increase its production capacity from 150,000 barrels to 200,000 barrel annually. This increased capacity is necessary for the brewery’s beer and hard seltzer expansion projects as well as increased distribution to European markets due to the closer of its Berlin (Germany) location.

In addition to the mass production side of the business, the Richmond location is also gaining a 10-barrel pilot system for its brewers to flex their creative muscles for unique to RVA one-offs and limited editions.

“Richmond is home to Stone and continues to support our growth in a really meaningful way,” stated Maria Stipp, Stone Brewing CEO. We’ll continue to invest in our facility, the community and our talented team. I can’t wait to see that pilot system in action and what our awesome brewers have in store for us.”