Smoke Gets in Your Mug: Rauch Brewing in Virginia 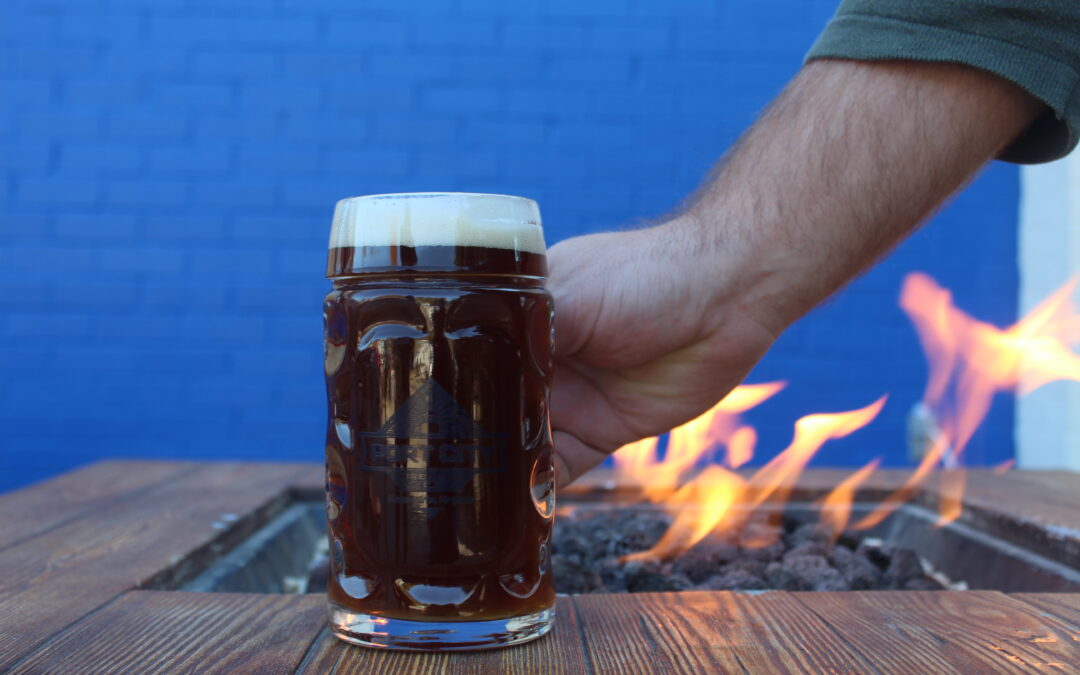 Rauchbier – it’s an acquired taste. But it’s one well worth acquiring.

German for “smoked beer,” Rauchbier is a throwback to an age when malt was dried over an open flame, getting slightly singed in the process. Bamberg, a city of 75,000 in upper Bavaria, has preserved this tradition in its beechwood-smoked lagers. The first impression is an unmistakable whiff of bacon or summer sausage. After a few sips, the smoked-meat flavor subsides somewhat and gives way to a rich, toasty maltiness.

Rauchbiers complement a wide variety of foods. They pair well with barbecue (naturally!), sharp cheeses, Chinese and Mexican cuisine, even your basic hamburger. They’d probably go down well with s’mores around a roaring campfire.

“Given a chance, it becomes deliciously compelling, and finally, with food, it comes to seem like a necessity,” writes Garrett Oliver of the style in his book The Brewmaster’s Table.

Sadly, most drinkers never get past the initial palate shock. That’s why Rauchbier is a minority style even its hometown (only two of Bamberg’s 11 breweries make it regularly), and a rarity here.

Imagine my surprise then to discover two first-rate, Virginia-brewed examples a couple booths apart at the Shucktoberfest held Oct. 19 in Arlington.

Rauch Märzen, from Port City Brewing Co. in Alexandria, was the work of a head brewer who’s quaffed this quirky smoked beer at the source. When he attended the Nuremberg’s BrauBeviale conference in November 2018, Jonathan Reeves took a side trip to Bamberg. He describes the city as less cosmopolitan than the metropolises of Munich or Frankfurt: “Most people there didn’t speak English, and they didn’t use credit cards. Luckily, I had a lot of euros.”

Reeves recalls draining a few half-liter mugs at the Schlenkerla brewpub, where he was welcomed by a taproom manager who “looked like Otto von Bismarck.” The brewpub is run by the Brauerei Heller-Trum, whose product line contains some of the archetypal examples of the style.

For his own version, Reeves used a malt bill consisting two-thirds of a pale smoked malt that he obtained from Weyermann Maltings in Bamberg. Cara-Munich and Munich dark malts added color and body to this 5.2% lager.  He brewed thirty barrels as part of a rotating series of draft-only lagers; the last kegs were shipped the week before Halloween.

“We used to have a salesperson who hated it; he called it ‘hot dog water,’” laughs Reeves, “but this year it sold quickly.”

Trent Wiegers, head brewer for Spencer Devon Brewing Co. in Fredericksburg, has never visited Bamberg. But during his student days at Missouri State University he frequented a well-stocked bottle shop that sold Schlenkerla beer. He named his own attempt Feurerstella, German dialect for “fireplace.” But “I didn’t want an acrid, ashy flavor,” he quickly added, so he limited the smoked malt (a restrained variety, obtained from BestMalz in Heidelberg) to 10%, supplemented by Pilsen and Munich malts.

Because it was his first attempt at a Rauchbier, Wiegers brewed only five barrels. As of late October, he estimated that it might linger for another month. “German styles are not at the forefront of the craft-beer scene. But we may very well make it next year, who knows?”

Good things often come in threes. At the Novemberfest in Alexandria on Nov. 2, I came across a beautiful example of a Rauch Bock: it was slightly elevated in alcohol at 6.8% abv, with a gentle smokiness and a rich, nutty maltiness. This one hailed from Bingo Beer Co., a brewery/restaurant/arcade in Richmond’s Scott’s Addition neighborhood. Sadly, no one from the brewery attended the festival; I was told they were back in Virginia’s capital celebrating their one-year anniversary.

Contacted by phone a few days later, brewer Ken Rayher stated that the Rauch Bock was brewed specifically to mark that milestone. Like Wiegers, he’s never visited Bamberg (“it’s on my short list”); his first exposure to smoked lager was at Richmond’s Capital Ale House.

Why brew a Rauchbier? “We had had some success with dark lagers,” explained owner Jay Bayer – indeed, Bingo’s Dark Lager won a silver medal at the 2019 Great American Beer Festival in the German-style Dark Lager category. “We wanted to do something a little bigger, a little more out there, but also accessible.”

(And food-friendly – “I made a goulash with it; it was outstanding,” said Rayher.)

Rayher brewed the Rauch Bock with 30% smoked malt from Weyermann. He made a little over ten barrels, which was available on tap and in 16.9-ounce bottles, at the brewery only. “It was one of our first bottled beers, we filled 30 cases,” he added, but cautioned, “it probably won’t be around too long.”

Rayher used the same Weyermann malt to craft an even more obscure German style called a Lichtenhainer: a smoked, sour wheat ale once popular in the central German state of Thuringia. He used 70% smoked malt for that recipe, yet reported that the Lichtenhainer came off as less smoky than the Rauch Bock. “The lactic and the smoky characters blend together and somehow calm each other down,” observed Rayher.

Both the Rauch Bock and Lichtenhainer were intended as one-off beers, to be replaced with other styles as they peter out. Bingo Beer Co., stated Rayher, has only one brew constantly on tap: Bingo Lager, a helles-style beer. But the brewery reserves six of its 12 taps for lagers. Asked about a possible return of the Rauch Bock, he answers, “It’s in the cards.”

A few barrels in a sea of hazy IPAs don’t constitute a trend. But they do indicate a new respect for and curiosity about a time-honored style. 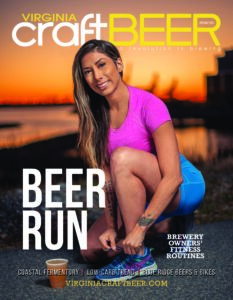