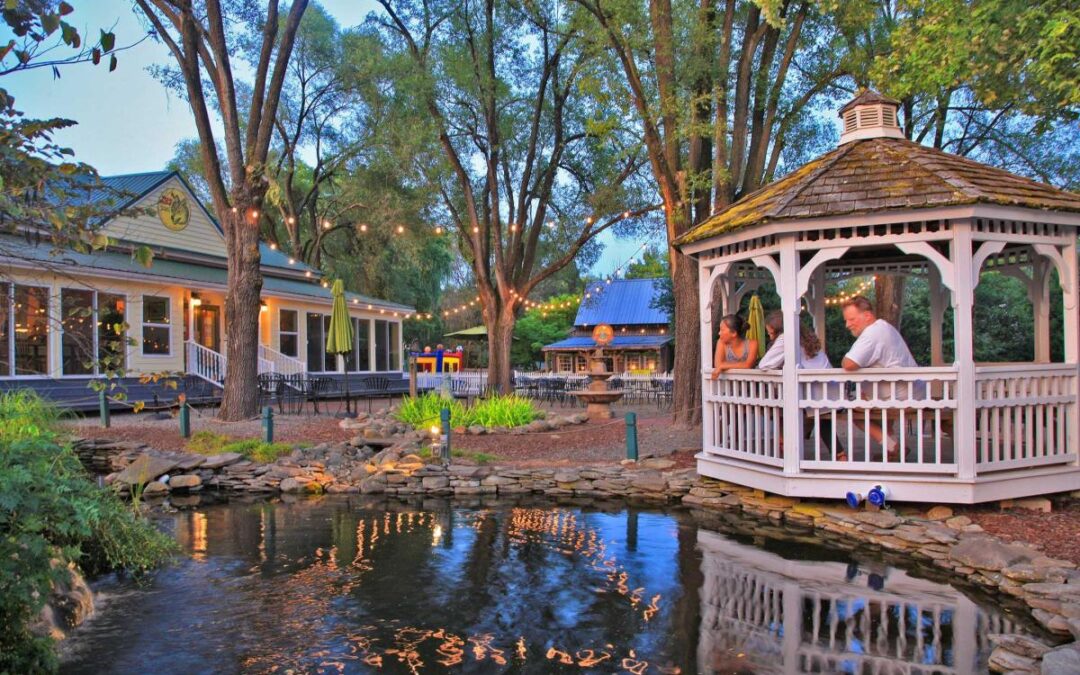 (Attractive grounds area of Wild Wolf will continue to lure fans when Three Notch’d Brewing takes over the space.)

In early 2022, Mary Wolf, founder of Wild Wolf Brewing Company on Nelson County’s famed Route 151, acknowledged she was selling the brewery but declined to provide details stating she had signed a non-disclosure.

By March, Charlottesville-based Three Notch’d Brewing Company announced it had acquired the real estate (13 acres) and brewpub of Wild Wolf in Nellyford.

Wild Wolf opened its first location in 2010 at Valley Green Shopping Center before moving to its well-known location in a former garden center turned restaurant.

Wild Wolf was one of the pioneering craft breweries of the modern age, operating as a brewpub before SB604 was passed, and helped create the Brew Ridge Trail, the Commonwealth’s first beer trail connecting Starr Hill Brewery in Crozet to Blue Mountain Brewery in Afton, and Devils Backbone Brewing Company. Craft beer enthusiasts from all over Virginia flocked to Nelson County for the beer and natural, rural charm of the county. This is where Virginia’s beer tourism began.

Wild Wolf earned several awards in its decade of operation and its beers such as Area 151 (Pale Ale), Strawberry Schwarzcake, and Blonde Hunny were well distributed and visible across Virginia.

For Three Notch’d Brewing Company, founded in 2013 and now the state’s largest independent craft beer maker, the Nelson County location makes sense even though its just 32 miles from its main production facility in downtown Charlottesville.

Three Notch’d enjoys wide retail distribution and premium visibility of its packaged flagship products such as 40 Mile IPA and Minute Man IPA as well as its canned Blackberry Gose and the limited, yet popular released Big Slice Juicy IPA. These brands are frequently found in restaurants too.

Each of these house small brewing systems for producing collaboration beers with community organizations to be enjoy exclusively onsite. Brewers also make weekly one-off experimental batches to keep consumers coming back for the “cool new brew” as well as the tried-and-true mainstay beers produced in Charlottesville.

“It’s safe to say that we will invest heavily on improving the property and the customer experience,” said Three Notch’s CEO George Kastendike.  “We’re excited about joining the 151 community.”

“We are planning some renovation work on all consumer facing spaces, inside and outside,” said Natalie Gershon, Three Notch’d Brewing Company’s Chief Growth Officer. “As of now, the phase one plan for innovation and category expansion fits within the current structures on site.  However this land gives us some flexibility to dream a bit bigger.  Having long been enamored with Route 151, we believe this new location allows us to plant deeper roots as Virginia’s Freshest Beer, and are excited for consumers from across the state, and beyond, to stop by and raise a glass with us.”

An important part of the upgrades will include a connection to public water treatment facilities. An estimated 500,000 barrels of clean water annually will be used.

In addition to beer, the Nellysford location will expand with a line of non-alcoholic beverages, ready-to-drink cocktails, and the launch of Three Notch’d Distilling Company.

“Breaking the constraints of capacity is the first step in realizing our vision to expand Three Notch’d beyond beer, diversifying our portfolio across beverage categories,” said Kastendike.