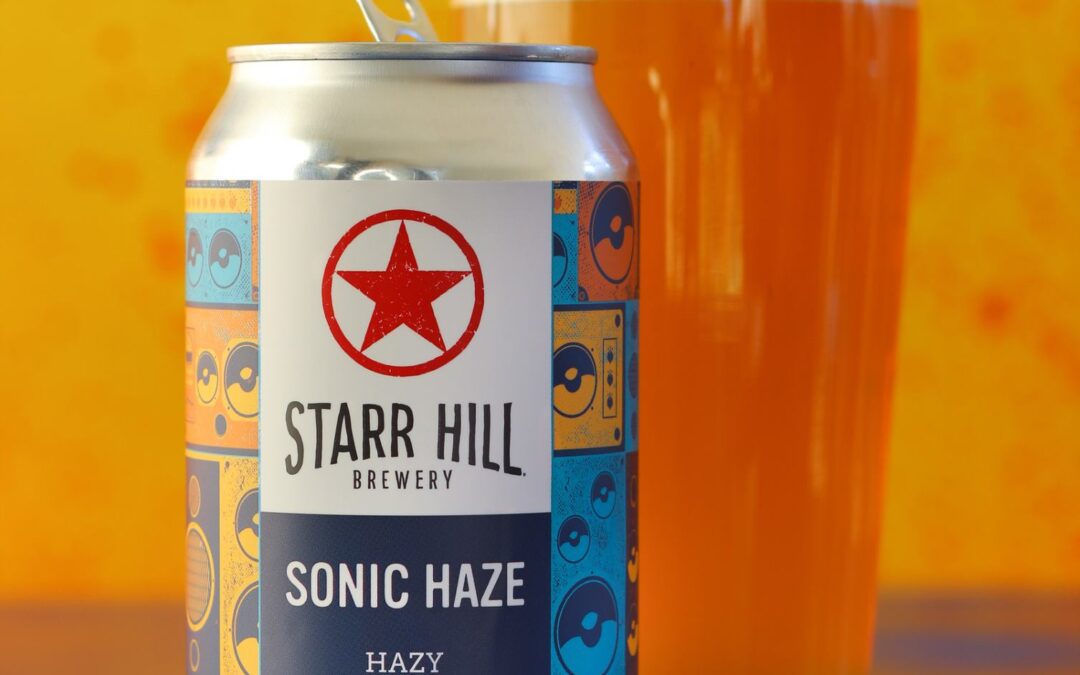 Summer forecasts call for hot and hazy days ahead, and we’re not just talking about the weather.

Hazy IPAs, also referred to as New England IPAs or Juicy IPAs, are expected to be in blazing demand again and independent craft breweries in Virginia are well positioned to keep the supply fully stocked.

India Pale Ale (IPA) as a beer category was already the dominant craft beer seller across the board. Hop-heads sprang up soon after the craft beer Renaissance of 2010-12 gained popularity. Those enthusiasts seemed to favor West Coast IPAs — the more bitter the better — over traditional red ales, stouts, hefeweizens, and saisons.

Interestingly, a new variation dubbed New England IPA emerged on the main stream stage of craft beer only recently. The cloudy, orange juice looking brew features complex hop aromas yet with greatly reduced bitterness.  The NEIPA style is attributed to a recipe developed by John Kimmich of The Alchemist Brewery. He brewed the first NEIPA in January 2004 — Heady Topper.

So why is the style so popular now?

“Hazy and juicy IPAs are the fastest growing sub-sector of the IPA craft category,” said Duke Fox, Vice President of Sales with Crozet-based Starr Hill Brewery.  “I think the reason for the appeal is that while IPAs have always dominated overall craft sales, the taste profile of these new New England-style IPAs appeal to more consumers who find the traditional IPAs too bitter.  The New England/Hazy/Juicy IPA styles really took hold in the brewery tap rooms but they are now dominating in the package sales sector as the more of these newer IPAs gain mass distribution.”

Mitch Steele, Brewmaster/COO/Co-founder of New Realm Brewing Company in Virginia Beach, literally wrote the book on IPAs for modern brewers when he was at Stone Brewing. He shared this view: “Since the beginnings of craft beer, innovation has driven excitement and fueled the creation of many new beer styles. Hazy IPA was the next step in the continuing evolution of the American IPA category in the 2010s. Some of the techniques and ingredients used were a significant departure from the IPAs that were being brewed prior, and the result was a new, unique flavor profile in the beer. Fans of craft beer often enjoy contributing to the emergence of a new style. Hazy IPAs have complex hop flavors, and are less bitter than West Coast IPAs, so that makes them attractive to a wider range of beer drinkers.” 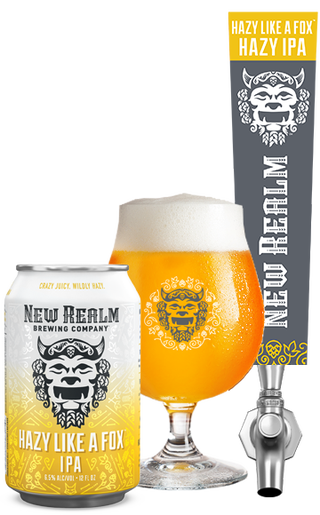 “I believe they’re popular because of their approachability,” said Summerson. “Most people, myself included, love that soft mouthfeel without the bitter punch.  They also love the flavors and aromas of all the different varieties of hops, which are showcased in this style.”

Is that a sign of Hazy IPAs overtaking West Coast styles?

“I think they may already have, but I expect West Coast IPAs to remain popular as well,” said Mitch Steele. “I think both styles will co-exist for a long time.”

Duke Fox sees Sierra Nevada’s Little Hazy Thing as the market leader nationwide and acknowledges the category has expanded from a niche style as breweries continue to push NEIPAs.

Last spring as the pandemic raged Starr Hill released Ramble On as its flagship-level Hazy IPA. To bolster their position in the category, Starr Hill unveiled Sonic Haze, described as “an intense blast of Galaxy, Mosaic and Falconer’s Flight hops, double dry-hopped, unfiltered and raw.”

“Sonic Haze is a brand that we developed in our pilot brewery as a draft-only option for the tap rooms given the demand for this style of beer from the consumer,” said Duke Fox.  “The issue with Hazy IPAs is that they really need to be sold in a can because of the unfiltered nature of the beer.  So while the taste is not impacted by the floating protein that can sometimes be seen in the beer, the consumer prefers the can as the primary package vessel.  We recently invested in a new canning line that allows us to package significantly larger amounts of can beer.  Once we made this investment, we were able to develop the branding to offer Sonic Haze to the consumer in a can offering.”

Fox noted when West Coast IPAs and Hazy IPAs are packaged with equal distribution and visibility, Hazy wins the day in sales.

New Realm Brewing Company has seen outstanding success with its Hazy Like a Fox, which was added to its core product portfolio and widely distributed from Georgia to Virginia. New Realm also adds some fun for the “what’s new crowd” with limited releases of T-Flex, which is part of its thematic Monsters & Myths series of Double IPAs.

From a brewer’s perspective, Mitch Steele adds this: “The Hazy IPA presents a very interesting biochemistry — from yeast interactions with the hops to produce juiciness, the haze formation and haze stability. They are a challenging beer to brew consistently well, and there is a lot of scientific research going on right now that will help brewers figure out the best way to brew these.”

Across the Commonwealth of Virginia this summer, locals and tourists alike will encounter more Hazy IPAs than ever, including Smartmouth’s Family Photosynthesis, Lucy Juicy from Solace Brewing Company, Mattapo-NEIPA from Dragon Run Brewing, and Benchtop’s Gong Water.

“Folks keep saying the style is a fad,” said Brian Summerson, “but it’s by far our best-selling beer, no matter the recipe I come up with.  That speaks volumes to me.”