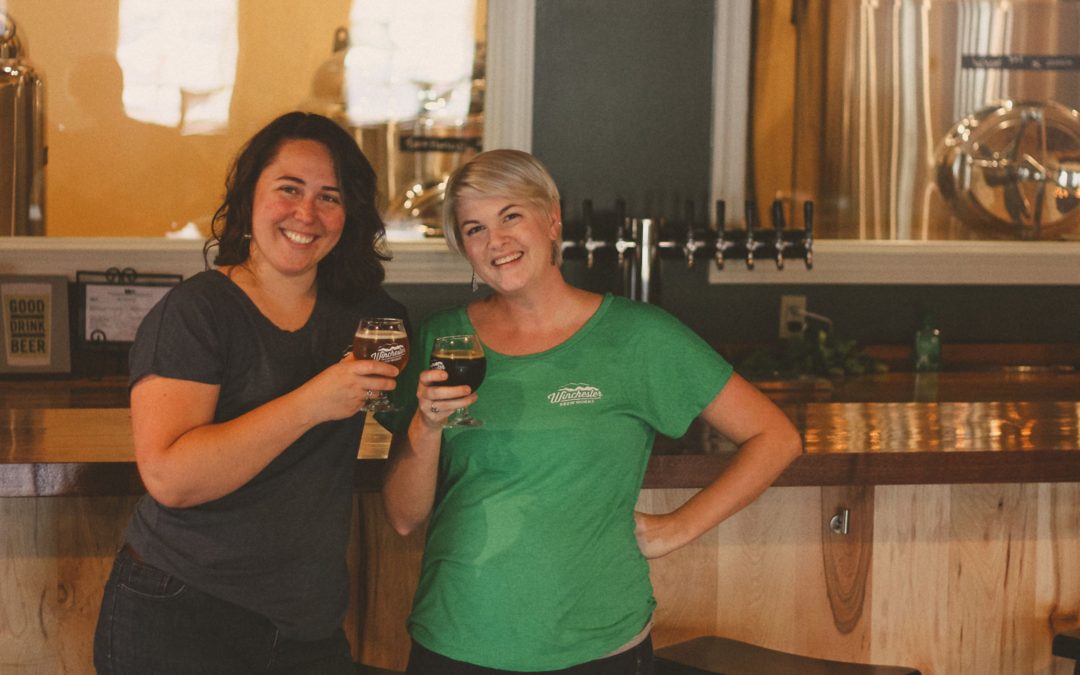 It’s hard enough running an upstart craft brewery in a town known for its apple sauce products and country music legend Patsy Cline, but when Bonnie Landy and Holly Redding gave birth to Winchester Brew Works in 2016 they soon discovered making babies would be as much a part of the plan as makin’ beer.

“We started planning the brewery back in 2014,” explained Holly Redding, whose primary focus is on marketing and running the tasting room. “Having babies was certainly not part of the plan but based on our ages and our desire to start families we knew it was probably going to end up being the case. It wasn’t written into the business plan.”

Redding had her first child in 2016 just three weeks for the brewery’s soft opening.

“We were scrambling to open at the end of my pregnancy and trying to do everything ourselves,” she said.

Child care is a big part of any working mom’s concerns. Some women have family members to call upon, while others seek-out local their local church or often costly professional daycare centers. Others — especially if self-employed — can have their infant at work with them. Babies in a production brewery, as you can imagine, is not the same as having the wee ones crawling around the kitchen floor at home.

So what option works best for Redding and Landy?

“When we were opening, I had a pre-mature baby,” said Redding. “I had to spend more time with him at home. I was still living in Harrisonburg at the time, which is an hour away from the brewery, so I wasn’t coming back and forth too often with the baby. My husband helped out a lot at home with the newborn.”

Redding made a point to work special events behind the tasting room bar.

Once her child was a few months old, she had a nanny come to the house a couple of days a week. At five months, she enrolled her child in full-time daycare.

Holly gave birth to her second child in April 2019 and we implement a similar process for childcare.

Bonnie Landy had her first child in August 2018 and ended up bringing the baby to the brewery. She started full-time daycare in April of this year. For the sake of running a business, it was important for the dynamic women not to give birth at exactly the same time.

“We kind of joked with Holly and her husband that we had to stagger them no matter what because while I was ‘on maternity leave’ — if you can call it that because there’s never really maternity leave when you have a business — but when I was doing a lot less for the brewery Holly had to pick up the slack.”

When Landy became six months pregnant, the daily brewing responsibilities were passed on to an employee.

“I’m not physically doing much of the brewing anymore,” said Landy, “but I’m still shepherding along the batches and making sure everything is coming out the way we want it to and organizing the brewing schedule.”

While Landy is still considering another child sometime in the future, Redding has made a proclamation.

“I have no plans for any more children,” said Redding.

Both Redding and Landy said they’d be thrill if their children follow in mom’s boot-steps and make Winchester Brew Works a longtime, multi-generational family business.