Back in the “Big Ugly” Brewing Boots at Big Ugly Brewery 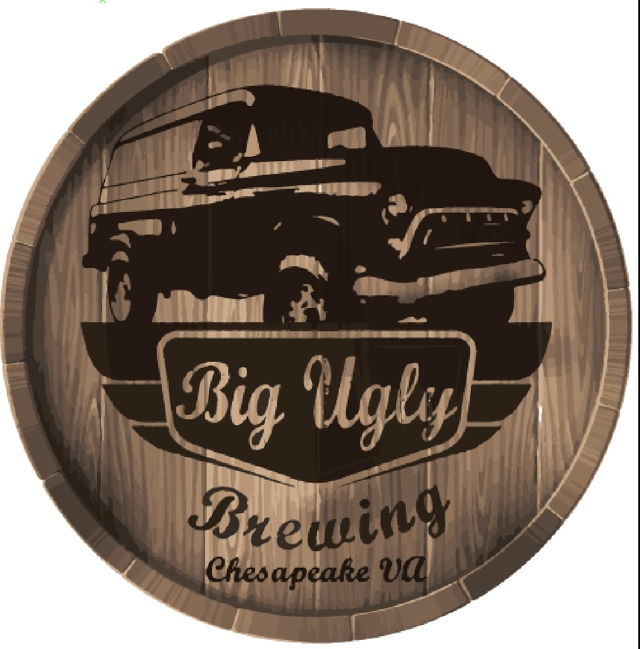 Big Ugly Brewery is a great example of the dynamic job I have at BSG (Brewers Supply Group). Last year, I was contacted by the two founding partners, Shawn Childers and Jim Lantry, to discuss, in confidence, the business plan they had developed to bring about the very first brewery to the city with Virginias largest population – Chesapeake.  We discussed the brewery sizing, based on a 1,000 kegs a year output, and the beer styles, décor, as well as, the limited budget they had to work with. They set out to find a location at 1296 Battlefield Blvd South and I scanned the breweries that were available on the used market.  They signed the lease and I came up with a classic seven-barrel, mid-1990s brewery for sale in Salem, Oregon.  Good fortune smiled on Shawn and Jim as the price fit the budget, but buying sight unseen was a concern.  BSG has a great sales manager, Nick Funnel, in Portland that most Virginians may recall from Sweetwater Tavern breweries in Northern Virginia. Nick was the brewmaster at Sweetwater Tavern for 17 ½ years before taking the job at BSG.  He offered to stop by the brewery in Salem and “kick the tires” on the old brewery. Nick deemed it a great little brewery with plenty of great brewing left to go.  Once the purchase was completed, Shawn Childers asked a friend that ran long haul trucks in the area to bring it back next trip to Virginia and he spent two days loading it and brought it to its new home.   Big Ugly was opened to capacity crowds the first week of February with only social media announcements on Twitter and Facebook.  They are still only open Friday and Saturdays to crowds limited by the fire Marshall first and the beer supply second.  A new fermentation tank has been ordered and should be in place this month to keep up with demand. To-go growlers are planned for the added capacity and they plan to open additional days.

At the one month anniversary, I was invited by the brewing team at Big Ugly Brewery, Jim Lantry and Evan Lantry, to join them in brewing a batch of their Rockers IPA.  I jumped into my old brewing boots and was happy to accept!  In my newest career role after nearly three decades in brewers’ boots, I supply the regions’ brewmasters with the highest quality raw materials for making great beers.  As a sales manager with BSG, I am always asked by colleagues if I “miss the brewing.”  Every time, I must admit that I am still very much involved with brewing at all levels. The company takes great strides to place experienced brewers as technical sales advisors and to help brewers start up, manage growth, trouble shoot issues, and keep on top of developing trends.

The brewing day for me was like stepping back into a time machine set for 1995.  This brewery is entirely a manual system which is the very definition of hand crafted beer.  The brew was a classic American IPS with a solid barleymalt foundation of domestic Rahr 2-row and two different  British crystal malts from Crisp Maltings to support the triple hop blend that dominates this hoppy ale style.

Fermentaion is underway now with the work horse American ale yeast nicknamed Chico for the California town home to the well-known brewery famous for great hoppy ales.  Stop in soon as the ales are served fresh and only available at the Big Ugly Brewery taproom.  Tell them Allen sent you!