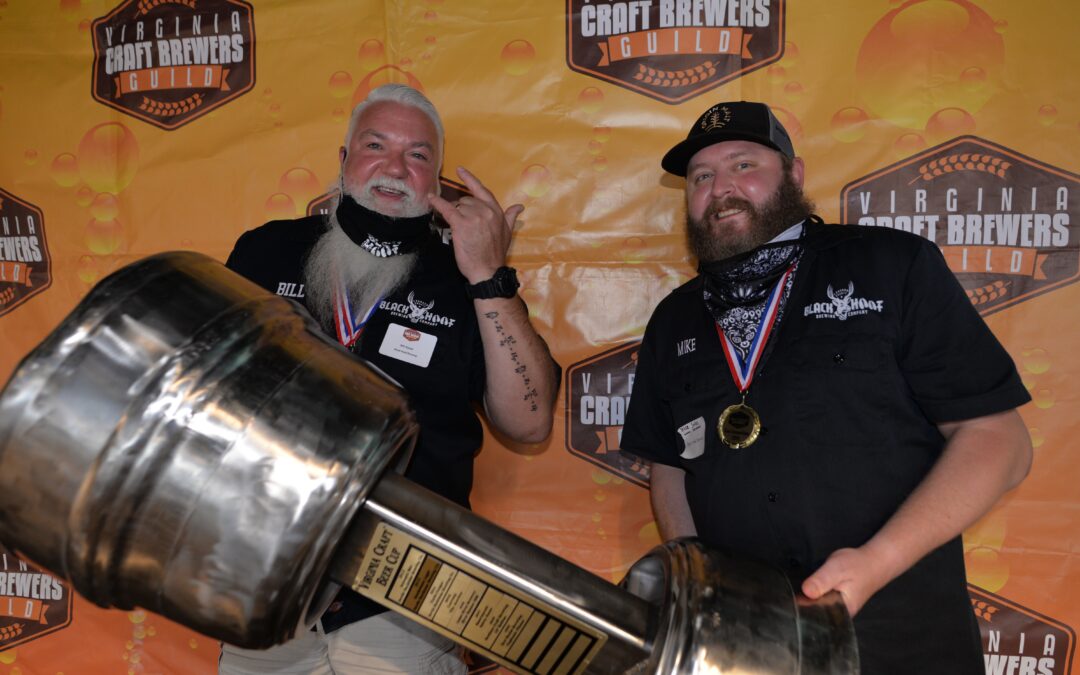 This year’s competition was managed by Head Judge Charlie Harr. In all, 267 beers in 20 categories competed for awards.

“This was a challenging year due to the pandemic. However, we made several adjustments to operate in a safe environment and follow established guidelines. In the end we had a lot of fun, made new friends and tasted some great Virginia beers,” said Charlie Harr, Head Judge.

The first place winning beers in each category contend for the Best in Show medals with the overall top beer determining the Cup champion.

Black Hoof is a family-owned microbrewery located in downtown Leesburg specializing in traditional German-style beers. Owner Bill Haase was surprised by the win.

“I thought that another beer would actually win this,” said Haase. “We are very proud of it and hope everybody comes out and tries it.”

Black Hoof beers are only available at the brewery.

The 2020 Virginia Craft Beer Cup winners are as follows: