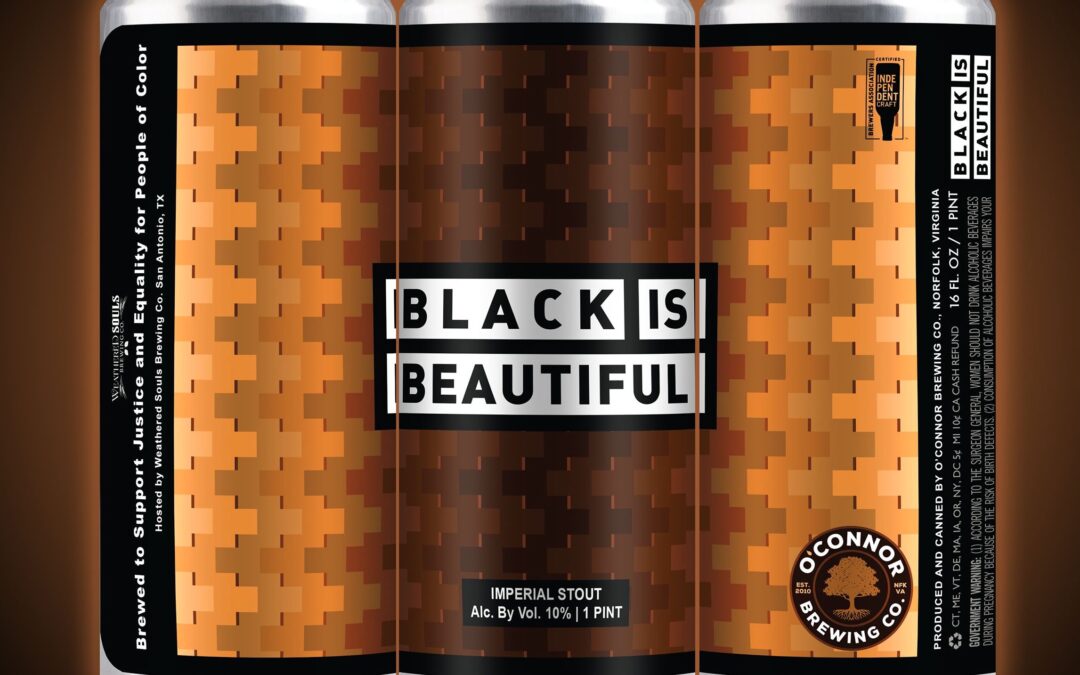 Some 972-plus independent craft breweries across America and 19 countries have signed up to participate in an awareness/fundraising collaboration brew called Black is Beautiful.

The collective beer, branding, and recipe are the idea of Marcus Baskerville, the head brewer/owner of Weathered Souls Brewing Company in San Antonio, Texas.

Baskerville, who is African American, developed the 10% ABV Imperial Stout to “showcase the different shades and hues of black.” Participating breweries were invited to add their own twists to the recipe, which includes chocolate, black, and chocolate rye malts.

The mission of this collaboration is to bring awareness to the injustices that people of color face daily.