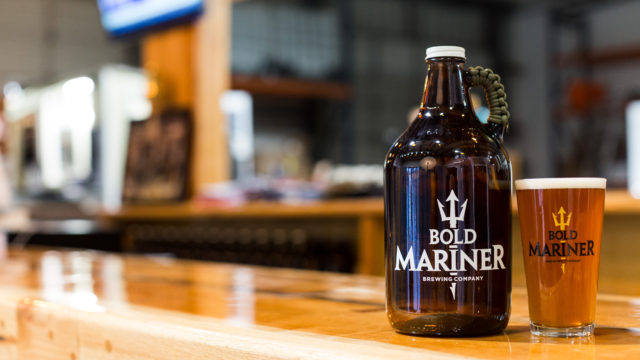 The Bold Mariner Brewing Company will open a satellite location in the Ocean View section of Norfolk at 1901 East Ocean View Avenue. The brewery will operate in a former Bank of the Commonwealth building.

According to owner Michael Stacks, the brewery will open in late fall or early winter.

The Bold Mariner Brewing Company got its start after a successful Kickstarter program. Since opening in 2016, the craft brewery has produced numerous award-winning beers such as Scurvy Dog and Red Maiden from its warehouse/tasting room location on Bowdens Ferry Road.

Stacks said he originally wanted to open his brewery in Ocean View but the timing and opportunity didn’t present itself — until now.

“We were looking in Ocean View for the original location,” he said. “At that time, the type of building and size we were looking for wasn’t available. Ocean View is been on our radar and is the place we’ve wanted to come to. Ocean View is ideal. I’m surprised there hasn’t been a brewery to open there yet.”

The concept for Bold Mariner’s satellite brewery, which will be named something different but maintain the Bold Mariner brand, will feature unique, small-batch experimental beer. It will include an outdoor deck area and parking spots reserved for food trucks.

“The focus will be high-end, rare beers,” said Stacks. “We’re going to do a lot of barrel-aging and experimenting with sour beers.”

In addition to the rare recipes, the satellite brewery will offer the flagship beers consumers love like Bold Dominion Pale Ale and Frogman Lager.

Craft breweries have often become the catalyst for further economic development. Stacks sees the same for that stretch of road connecting East and West Ocean View.

“I think you’re going to see restaurants, developments, and a lot of exciting things coming to Ocean View,” he said. “It’s going to be the place to be.”