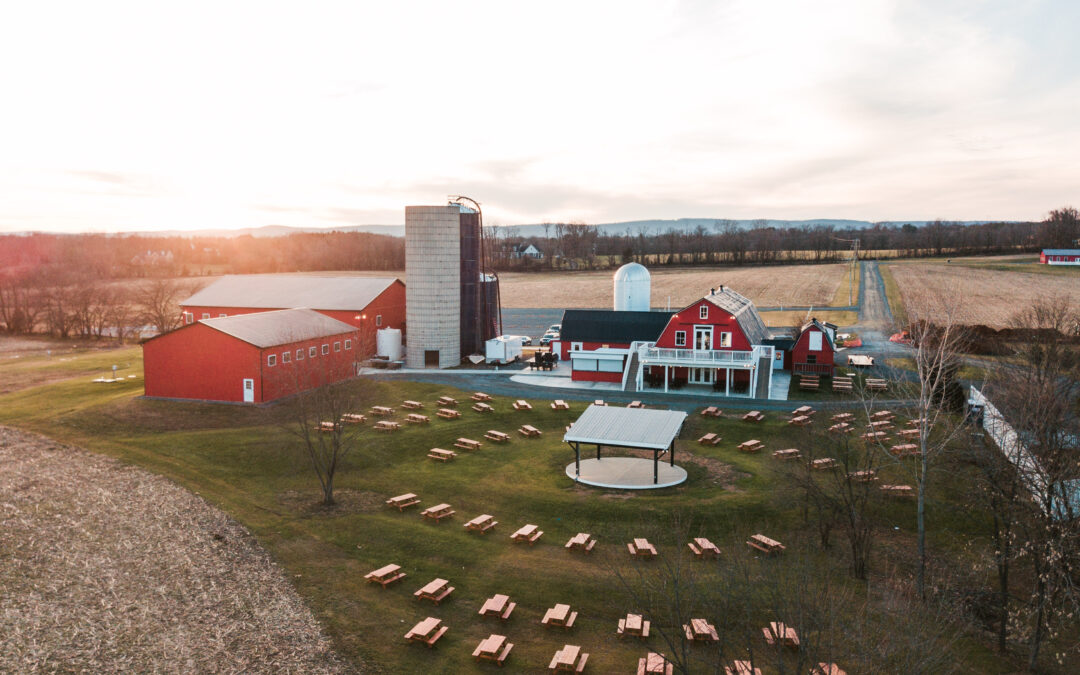 Flying Ace Farm in Lovettsville definitely has the best of everything that begins with a B: a brewery, bourbon, barbecue, beer and bands. Add a large airplane that hangs from the ceiling inside plus enough seats for 1,300 people and you have arguably one of the largest independent breweries in Virginia.

The massive operation is the first farm brewery-distillery combo in Loudoun County, now home to 35 breweries. Ten years ago, only two breweries existed in Loudoun, which has become the go-to weekend mecca for beer and wine lovers from Washington DC and beyond.

Flying Ace is the dream of distillery and brewery owner Hadi Akkad. “I feel pretty excited about this venture,” he says. “I’ve been working at it for more than two years. We’ve gotten real good feedback from everyone who has come out and tasted our products.”

The company is named for his grandfather, an American flying ace in World War II and the Korean War, as well as for other flying aces. After opening April 15 the site is definitely drawing lovers of aviation, bourbon and barbecue.

For Akkad it was love at first sight. “It was very clear when I rolled up on this property. This was a corn farm. I knew I wanted this. The barn was red, the sky was blue and the silo was white. I looked at several other properties. My wife said that I should look beyond the first place I looked. So I did. But I always came back to here. I said, ‘This is perfect.’ We saved this from being a housing development. The closest brewery is Vanish. They are less than five miles away. I am a mile away from Maryland and West Virginia is close. I always say, tongue in cheek, that I am really building this for me.  I want to come out here on the weekend and enjoy it.”

Akkad has assembled an impressive group of talent. The food, which is nothing short of fantastic, comes from Kristin and Brian “Monk” Jenkins, who have staked out a second location here, Monks on the Farm, which offers slightly different fare than the flagship Purcellville location. The original Monks in Purcellville has been named among the best BBQ restaurants in the DC region by The Washington Post.

Steve O’Neil, the former brewer at The Church Brew Works in Pittsburgh, is notorious in beer circles for winning the Brewer of the Year award at the 2012 Great American Beer Festival among large brewers. “I looked beyond Virginia for a brewer and I got him to move here,” says  Akkad.  “Steve is known for German-style beer. It is perfect for Lovettsville. I like the traditional beers. I am not into the ‘stranger beer’ like fruity pebbles. I like carbonation. I can’t drink flat beer. I like beer that is readily available and delicious.” 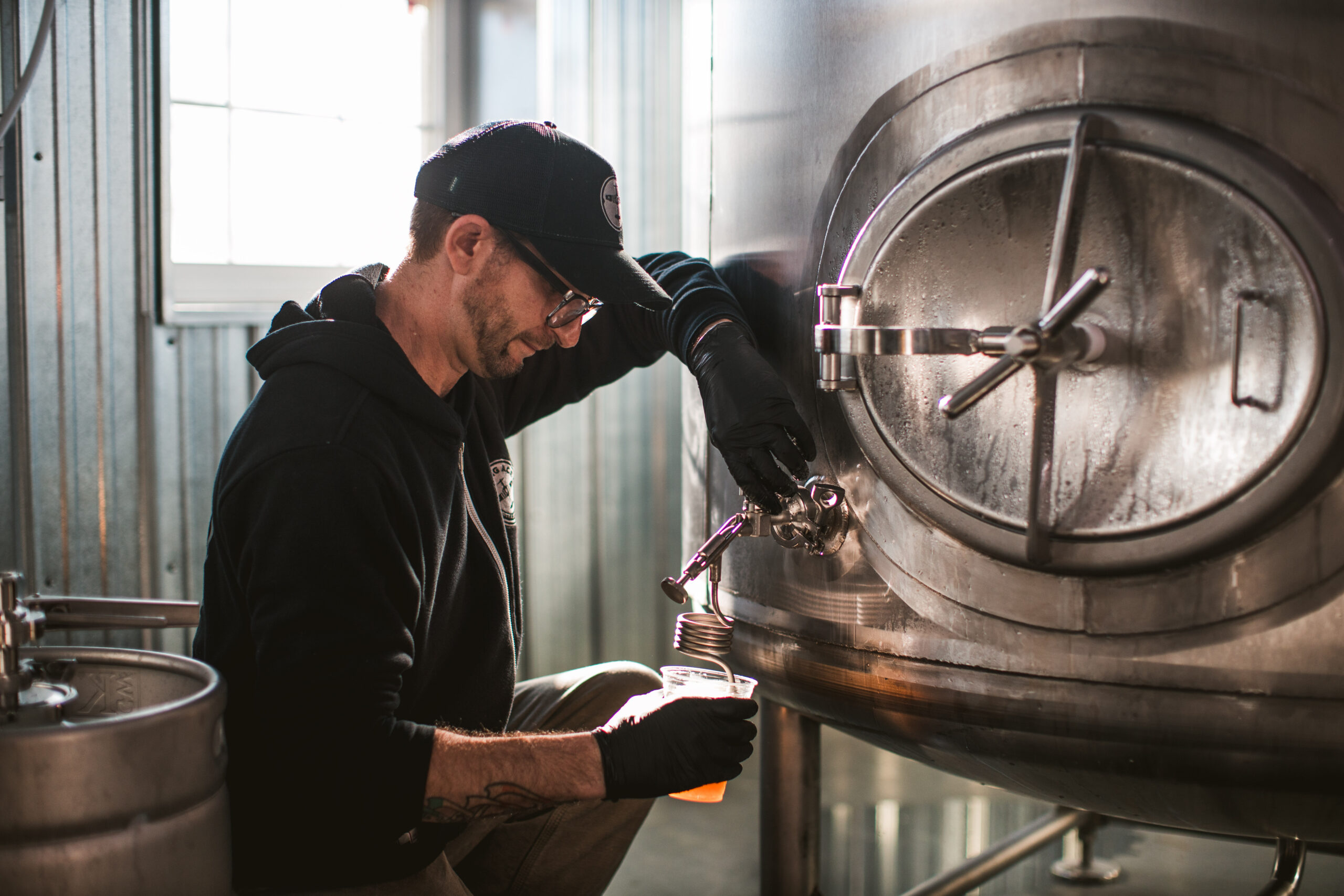 Flying Ace uses a 20-barrel system plus several 20 and 40-barrel fermenters for a great variety of beers.The Warbird wit, finished with orange and coriander, has a delicious apricot taste. The Air Boss Pilsner also is worth the wait while the staples include some tasty beers with fun names like Dogfight Ale and Lights Out Stout.

Akkad admits he is more into bourbon than beer and Flying Ace serves three types as well as an 80-proof silver rum. “You don’t get bourbon this good right away. It takes a long time to taste good.  It will take five years before we serve our own bourbon.” In the meantime several blends are available and popular for off site souvenirs.

Greg Moore, the head distiller, comes from Catoctin Creek Distillery of Purcellville. Also on board is local Pete Thomas, an Ace partner who seems to be the glue of the operation. “Pete and I met through another friend six years ago and he has experience with construction and business,” Akkad says.

Akkad seems to have avoided some of the regulatory pitfalls that often swallow novice brewery owners. “The Virginia ABC (Alcoholic Beverage Control Authority) has been relatively easy compared to where I have been. This is my first rodeo in this type of business, but not my first rodeo.”

He  previously built websites for the US Navy, American Express and physicians in Maryland in the mid to late 1990s. One day, when his friend asked him to partner and build a financial platform for no cash, he rolled the dice and it became a success. In 2018 that company was acquired by US Bank.

Now he is in the hospitality industry and seems to be having the time of his life. Some historic aircraft already have participated in flyovers at Flying Ace and Akkad has plans to fly in a few household-name bands for some mini-concerts, just for the fun of it. “This will be a flagship for Virginia,” Akkad says. “No one has seen anything like this.”