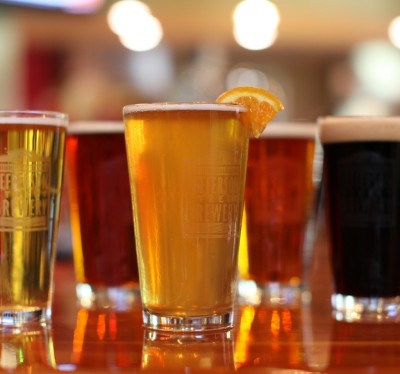 The Company will share the VWDC order/fulfillment system and staff for purposes of efficiency and economies of scale. The Company will have an advisory Board of industry representatives. Participating brewery licensees will pay a license fee, and transaction fee to support the operation. The Company will operate virtually within VDACS. The VWDC was created by the VA General Assembly in 2007 (SB413). A form of “self-distribution” VWDC provides for a virtual distribution company for wineries to operate independent of a traditional distributor. All details pertaining to the VWDC are here.

“The VCBG’s founding was driven by the need to make important legislative changes that would ensure the growth of craft beer in Virginia,” said Janell Zurschmeide, Dirt Farm Brewing (VCBG Leadership Council Chair). “We are now the #1 southern craft beer state per capita, so this initiative is part of a long legacy of responding to market needs.”

The VCBG has resolved to defend and expand Virginia’s “hybrid self-distribution” laws, reform “tied-house”employment restrictions, and improve the performance of the distribution tier to help clear some of the most significant barriers to growth over the next 2 years.

“The VCBG is pursuing some of the most aggressive public policy priorities in its history,” said Brett Vassey, President & CEO. “Whether you are an independent craft microbrewery, brewpub, taproom brewery, or regional brewery, this tide will lift all ships.”

The VCBG is currently working with the Virginia Alcoholic Beverage Control Authority (ABC), VDACS, the Virginia Wineries Association, the Virginia Wine Wholesalers Association, the Virginia Beer Wholesalers Association, key General Assembly members, and Governor Youngkin’s office to (i) conduct research to determine the appropriate fee structure and general fund appropriation to adequately address staffing needs and information technology system upgrades for the Company; (ii) develop rules for operating within exclusive distribution territories; and (iii) determine the annual number of barrels that will be allowed to be distributed by beer licensees. The working group will make a report to the Virginia House and Senate by October 1, 2022.

The VCBG will launch a social media and political mobilization campaign in October to garner support for the Company. If approved by the Virginia General Assembly, it is expected that the Company could be ready for business by July 1, 2023.