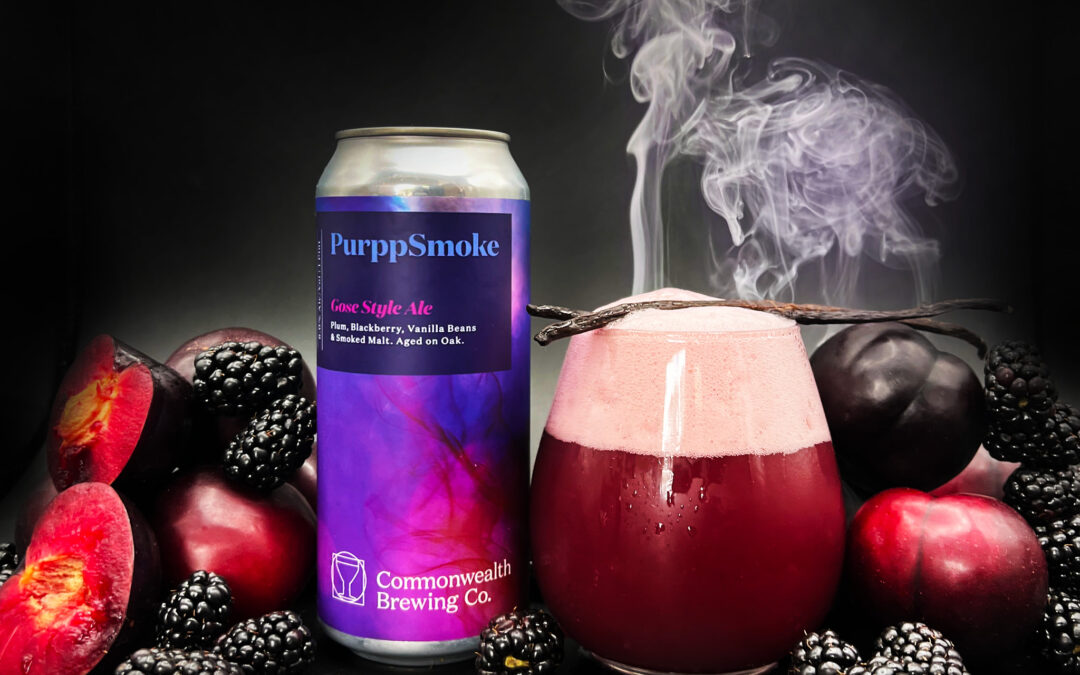 From smoky beers to clean lagers

Centuries back, beers inevitably had a touch of smokiness, since grains used for brewing were dried using wood fires. In 1635 England, however, a new type of kiln was patented:  for the dryinge of mault and hops with seacole, turffe, or any other fewell, without touching of smoake.

The smoke-free malting invention gradually made its way to the European mainland, explains Schlenkerla brewery of Bamberg, Germany. Around 1800, Spaten brewery in Munich, Germany, was one of the first breweries to switch to the smokeless English kiln, bringing clean, bright lagers to the market. But centuries-old Schlenkerla never switched. It’s still known for Aecht Schlenkerla Rauchbier – i.e., the Original Schlenkerla Smokebeer.

Brewery styles continue to change. New styles appear, and old styles reappear and gain a following, like lagers and goses. Some historic styles experience less of a “re-peak,” reappearing here and there but never gaining widespread popularity. Smoked beers have been wafting their way onto Virginia brewery lineups more often as of late – time and consumer reaction will determine their future.

“Smoked beers are a love-them/hate-them type of beer style for the general public,” says Brian Nelson of Hardywood Park Craft Brewery (Richmond and Goochland). “If I had to put them in a class, they are definitely a ‘brewers’ beer’ … brewers love them because of the ingredient complexity, complexity in brewing, and historical value associated with that style of beer.”

Hardywood recently released a small batch of Lil Smoky Boi, a Grodziskie style. “We have created some other smoked beer on a larger scale, but they tend to be around on our taps for quite some time,” he adds. He’s also used smoked malts in Märzens, Maibocks, and a Lichtenhainer.

Eric Tennant of Benchtop Brewing (Norfolk and Richmond) points to the “small percentage of the craft beer market that really enjoy smoked beers. [The beers] move slower than some of our other lager offerings, but it is pretty steady and there are some consumers that come out specifically looking for them.”

Benchtop recently released Town Hall Vienna Style Rauchbier on draft and in cans. Next up is Wishing Tree Helles, made with smoked maple barley malt to enhance the malty flavors of the style.

The making of a smoked beer

But smoked malts can be used in other beers as well.

“I think smoke can work well in any beer style that has a strong malt backbone and [it] generally goes better in amber to dark beers,” says Tony Ammendolia, owner of Original Gravity brewing supply store and Final Gravity Brewing (Richmond).

While beechwood provides the traditional smoke for the original Rauchbiers from Bamberg, other wood fuels can add smoky notes, including cherry, oak, maple, mesquite, alder, apple, and pecan.

Murphy & Rude Malting (Charlottesville) produces custom smoked malts and has smoked the grains for many Virginia smoked beers. Recently, these include Reason Beer Smoked Märzen (beechwood-smoked barley malt), We Are Pivo Smoked Wheat from Wild Man Dan (oak-smoked wheat), and others, including Väsen, Strangeways, Hardywood, and Decipher. “Heliotrope will be doing a Rauchbier with some beechwood-smoked wheat from us for this coming Oktoberfest,” says Jeff Bloem of Murphy & Rude.

“When selecting a smoked malt for your beer, I usually recommend smelling the smoked malts and going with the one that appeals to you the most,” advises Ammendolia. “The one exception is peated malt, which I generally steer people away from unless they are making a beer style that specifically calls for it.

Perhaps as with whisky, many aficionados who appreciate smoky, charred notes may not enjoy the in-your-face, often-medicinal aromas and flavors that come from using peat moss in the malting process, as in Islay Scotch whiskies.

While Murphy & Rude doesn’t produce peat-smoked malts, Bloem says, “Skagit Valley Malting … does, and it very much works in beer.”

“Peated malt … has an acrid and very intense flavor and aroma,” says Ammendolia. “If someone is set on using peated malt in a beer, I usually recommend they use considerably less than they would of any other smoked malt.”

In brewing, “Beechwood- and cherrywood-smoked malts provide very different smoke characteristics, from subtle to intense, depending on the maltster,” says Nelson. “In developing a recipe, you must take those intensity factors into account to determine how much smoke expression you are looking for. The usage will provide umami, meaty, and savory notes coupled with other ingredient and yeast expressions.”

“We prefer American craft smoked malt generally speaking, versus the traditional German beech-smoked barley,” says Tennant. “We feel the more subtle smoked flavors can really just kind of accentuate the bready malt flavors rather than overpower the beer.” To balance the beer, he says, “The very first step for us is to do a small benchtop test mash in the lab. With strong flavors like smoke, we like to start out with a conservative approach. Our first smoked lager was about 15% and we have since gone up to 30% in our Town Hall lager.”

When it comes to home brewing using smoked malts, “Usage levels range considerably from about a half pound per five-gallon batch all the way up to using it as half or more of your base grains,” says Ammendolia. “I tend to like smoked malts in the lower range of a half pound to a pound for five gallons.”

Recent smoky beers from Virginia breweries demonstrate the range and creativity that craft brewers can bring to historic styles.

Smoke Signals wildfire smoked IPA at Final Gravity became an “accidental” smoked beer. Ammendolia used Pacific Northwest mosaic hops for his Doppler Effect IPA. “When we tried the beer, we noticed a subtle, but distinct smoky flavor. The hops must have been tainted by smoke from the wildfire out west. … Usually when we have a beer that doesn’t quite hit the mark, we dump it, but this one still tasted great, just a little smoky. It was not our usual Doppler Effect, so we rebranded it as Smoke Signals wildfire smoked IPA, and it was very well received.”

Asked whether this could have been a happy accident, he replied, “While I wouldn’t go looking to make a beer like this on purpose, I wouldn’t have been OK serving it if it weren’t really good. Who knows, smoked hops could become a thing, but we will continue to focus on making our IPAs with non-smoked hops for now.”

But who knows what creative sources of smoky flavors could provide kindling for future beers?

A recent trip to Bamberg, Germany, further ignited Nelson’s interest in the style. He had smoked beers straight from wood casks. “Accompanied by some rich cheeses, the experience with the authentic smoked beer was fantastic, and the visit certainly got my gears turning again about the style.”

So look for more smoked beers to come, not just from Hardywood but from breweries throughout Virginia. If you haven’t acquired the taste yet, one just might light your fire.