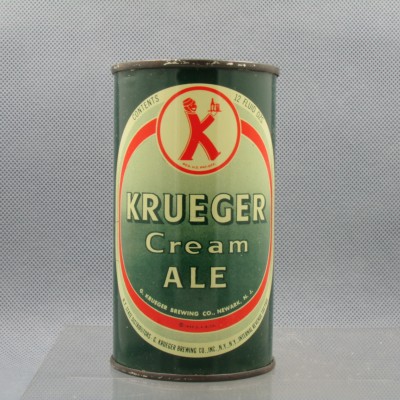 The first canned beer sold in the USA was sold in Richmond, Virginia, way back in 1935. The Gottfried Krueger Brewing Company, a New Jersey-based brewery, test marketed canned Krueger’s Cream Ale and Krueger’s Finest Beer in Richmond instead of the Garden State just in case the can concept was a bust. In fact, canned beer was a big success, so much so that the genteel set in the capital of the Commonwealth could finally stop talking about “the late unpleasantness” and had something nice to say about New Jersey.

As time progressed, consumers nationwide put their hands on cans and brought them home. Bars became the abode of bottled beer (ah, the longneck), while the family refrigerator became the crib for the can. You can see why cans became the ideal homebound beverage container – they weigh less, they don’t take up a lot of space in your refrigerator, and they don’t break when you drop them. Big brewers loved them because you could fit more on a pallet making them easier to ship. Also, back in the day, cans required no deposit or return and bottles did.

Today’s hero becomes tomorrow’s has been, and the humble can began to be associated with lowbrow beers, as higher end domestic and imported beers were typically bottled. Bottles were associated with a higher quality product and soon the only beers in cans were mass-marketed, less expensive, adjunct-laden lagers from large breweries.

When smaller “microbreweries” started up in the 1980s, bottles were the container of choice, probably for a few reasons. One was the association with a more sophisticated product. Another is that can manufacturers would only sell cans in large quantities, and since the can’s ‘label’ is part of the can itself a brewery would have to buy a huge quantity of cans for each beer produced. This doesn’t work for a small brewery that does limited-run batches and regularly revamps its offerings. Another issue was there were no small canning lines on the market for small brewers.

In 2002, a Colorado brewery called Oskar Blues found a solution to this canundrum and became the first craft brewery to can their own beer. A Canadian company with a can-do attitude had recently started to manufacture a smaller canning line and persuaded a can manufacturer to sell a smaller quantity of cans than usual to Oskar Blues. Hoppy, fresh, and flavorful, Dale’s Pale Ale signified the beginning of the “canned beer apocalypse” and beer lovers discovered that it’s not the can that matters, it’s what’s in the can.

Fast forward to 2014 and there are hundreds of canned craft beers on the market, including great Made in VA brews.